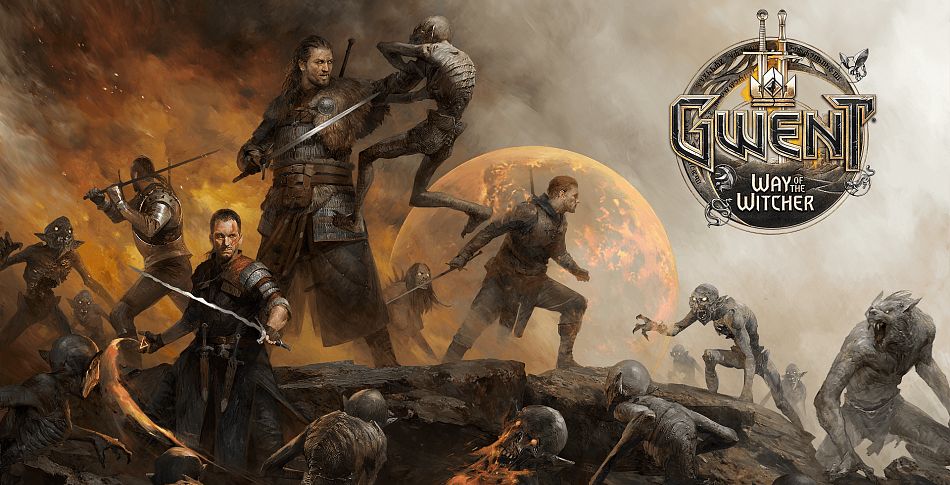 Team Aretuza members Crozyr, DarxPhoenix, JMJWilson, Johaggis, Redrame, Santtu2x, Shaggy, and Shinmiri come together to evaluate the cards in the Way of the Witcher expansion. This set is shaping up to be one of the most interesting we have seen so please read on and see which cards we believe will be the best (and worse) of the bunch!

First and foremost, it’s important to clarify the purpose of our review here. These are our best predictions of the competitive viability of the expansion cards, not critique on their design. There are many cards (such as Coën for example) that we think have unique designs but just fall short in power level. Also bear in mind that we are merely presenting our opinions here, which is completely subjective. There are plenty of times where we are wrong either collectively or individually and our evaluations should not stop anyone from experimenting with any card. Our idea is to talk about the cards and generate discussion around them purely for entertainment purposes. After we are able to actually play with the Way of the Witcher cards for some time, we will be able to form much more comprehensive thoughts on the cards and their synergies.

In terms of the rating scale, each card is evaluated on a 1-5 scale as described below. Of course each individual interprets the scale slightly differently and it is not entirely perfect in its own right. Participants weigh the outright power level of the card as well as its potential synergies when rating. Half scores (such as 3.5) may be used to describe cards “between” rating points. Typically this is used to denote cards that stand out above the lower tier due to synergistic reasons or slightly elevated power level.

For those interested in the complete ratings list, check out this spreadsheet. Without further adieu, let’s get right into looking at these cards!

The review team here was pretty much in agreement with the rating of these cards. Each has a standard deviation (among the 8 participants) below 0.30, meaning that among our panelists there were a maximum of 3 deviations of 0.5 rating points. As you can see these cards (good or bad) had us quite harmonious!

Notably among this collection of cards is Ivar Evil-Eye, which we believe will make a large impact on the meta with an average rating of 4.44/5.00. One can certainly envision the value of this card, swapping most power from a tall enemy unit and netting a huge swing for the player. The main reasons participants gave for holding back on a 5/5 rating (given by Santtu2x only) was potential for the meta to develop in such a way that the card finds less targets than expected and the fact that Ivar does not actually answer engines that grow themself. In addition to Ivar Evil-Eye, some of our other top picks that also saw a large amount of agreement were Bear Witcher (4.13/5.00) and Erland of Larvik (3.78/5.00)

In terms of weaker cards that were almost unanimously bad, we have Berengar (2.06/5.00) and Cat Witcher Adept (2.00/5.00). The team does not believe in Berengar’s statline even though they also do not believe that the condition (having another Witcher card in the row) will be difficult to achieve. For the Cat Witcher Adept, we have a difficult time finding a deck to include this card where its weaknesses are not accentuated. The most common idea was an Elf deck that can go wide quickly. These decks synergize with Adept through aggressive swarming early in the round and they also are often lacking for strong 4 provision bronze options.

Not all cards had us in agreement, however, as some caused a great deal of discussion. After time, we eventually came to a closer agreement on some of the cards, but others left us further apart. Each of these cards came in with a standard deviation above 0.70, which correlated to as much as 2 rating points difference between some of the participants.

The main category of cards that gave us headaches were the new Location cards. These are artifacts specific to each faction that allow us to choose from a small set of bronze units in the faction, while also giving us an Orders ability with some upside. The twist is that the artifact has Resilience, meaning they are quite flexible to make up for their lack of pure point output. You can quickly see why these cards are slightly more complex to rate than more straightforward cards. The main culprits were those from Northern Realms and Scoia’tael. Kaer Steren (3.17/5.00) provides one of the weaker set of options for its bronze units (which we don’t like) but with the ability to boost a unit in deck by 3 (which we do like). Weighing the impact of the two effects led to different interpretations of the card. Stygga Castle (3.22/5.00) was almost the antithesis of Kaer Steren, with strong bronze unit options but an Orders effect (move 3 allied units) that we find hard to extract concrete value from. These cards will certainly be among the most interesting to test when we get our hands on the expansion.

Some of the real “bombs” of the expansion also had us split. The main sticking point here was Archgriffin (2.22/5.00), which we all agreed would be hard pressed to find play in a ladder setting due to its vulnerability to tech cards. The difference here then was the interpretation of this card’s value to its archetype vs the viability of that archetype, as each participant noted that this card can achieve crazy value against some matchups, although these matchups (mainly Devotion decks lacking tech cards) appear increasingly rare. Another card that swung our perception was Viy (4.06/5.00). The debate with this card is similar to that around Archgriffin, as we note the huge ceiling of this card but some participants doubt the chances that this “all-in” deck takes over the meta.

Best of the Best

So which cards overall do we find the most likely to be mainstays in the meta for months to come? Before we check those cards out, let’s first take a look at the absolute bottom of our rankings table.

Like many around the community, we are doubting cards such as Making a Bomb (1.28/5.00), Phooca (1.61/5.00), and Cat School Saboteur (1.72/5.00). All of these bronze cards offer too much conditionality or simply do not generate enough value. In the category of “meme” cards we have Cosimo Malaspina (1.78/5.00), although this is not a card we feel is completely doomed. Our main hesitation surrounding this card is the lack of low-power targets currently found in meta decks, as well as the high level of variance of course. In the future, this card will certainly become better but it has a steep hill to climb to make the cut in competitive decks. Coën (1.83/5.00) is perhaps disappointingly low due to its interesting ability, but we find the value potential to be capped too much by the opponent’s ability to interact with it. Not only can they damage our units to disrupt a solid Coën boost turn, they can also modify the power of their own units in order to steal boost from us. Our best guess for the usage of this card is to boost a few taller units (both 7 and 8 power were discussed) rather than a board full of lower power units.

As for the top cards in our review, most readers who have been following the reveal season are probably not surprised to see the inclusions here.

Contrary to the Location cards that had us split above, we are all in fairly strong agreement over the power level of the two strongest. Salamandra Hideout (4.81/5.00, our highest rated card) represents perhaps the strongest Orders ability of any of the Location cards. Transferring a Poison from an allied unit to an enemy unit enables powerful combos, such as completing a Poison from hand in a single turn. This effect can even represent carryover in some cases, offering strong utility when playing out Round 2 or Round 3. Haern Caduch (4.69/5.00) offers the most vanilla value out of all the Location cards by providing a Bear Witcher (4.13/5.00) that we can then heal to its full power with the Orders ability. The 11 points provided by spawning and healing Bear Witcher is a solid baseline from which we can gain additional value out of the other half of Haern Caduch's heal effect on units such as Arnaghad (3.34/5.00) or Dire Bear (3.50/5.00).

The team also holds a high opinion on a few of the Scoia’tael cards, rating them among the highest of the whole set. First of all is Gaetan (4.56/5.00), which we believe will fit in any unit-based Scoia’tael deck. Quickly generating units in a row is typically little obstacle for these decks and the ceiling on Gaetan can go even higher if we include Cat Witcher Mentor (3.22/5.00) on the leftmost position on the row that Gaetan is moving. The other piece of the puzzle we see fitting in most Scoia’tael decks is Gezras of Leyda (4.78/5.00). While Gezras is somewhat vulnerable to removal, it also trades up to that removal incredibly well after boosting all units on the ranged row (up to 8). If left unchecked, the ceiling can go incredibly high by boosting our own ranged row twice and damaging the opponent’s melee row twice.

So there you have it: our thoughts on the cards from Way of the Witcher wrapped up in a hopefully succinct package. If you have any questions or would just like to talk about Way of the Witcher more, feel free to join and message on our Discord server. Thank you all for reading and we hope you have a great time experimenting with the new expansion! 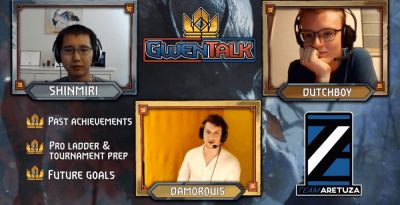 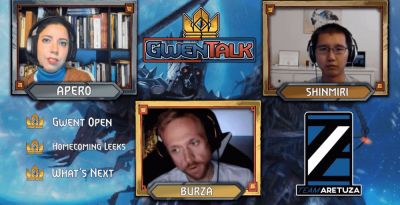 GwenTalk Episode 4 with Burza and Ammers | Hosted by Apero… 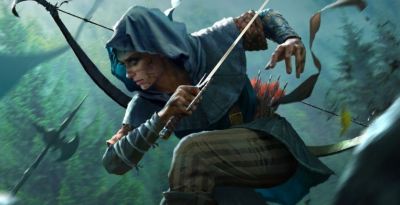 How to Think About the May Update