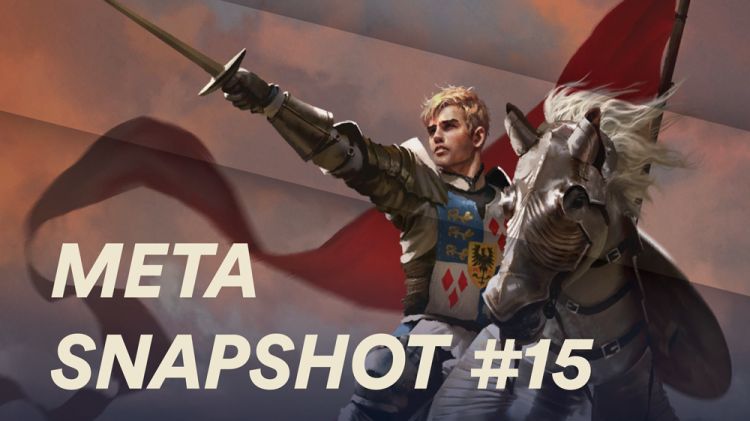 Patch 7.2 shook up the metagame significantly.  The most notable changes were brought by several new strong leader abilities, such as Shieldwall, Nature’s Gift, and Rage of the Sea.  These abilities have boosted their respective factions into prominence.  Additionally, the patch brought several nerfs to key cards and leaders in Nilfgaard, which has led to a decline in the faction’s popularity and allowed other decks to play more greedily.  Several thinning bronzes were also buffed, which most notably improved Overwhelming Hunger considerably, since both Foglet and Wild Hunt Rider fit into the archetype seamlessly.  The decks below represent our collective experience with the ranked and pro ladder metagames.

Runner-ups: Decks are still big forces to be reckoned with. These fare pretty well in the meta, though they're less dominant than the frontrunners and often have a specific weakness (e.g. draw consistency, row punish, tall punish, lack of proactivity).

Honourable Mentions:  Decks here aren't strong enough to be put into the above rankings, but still have some kind of presence in the meta. These decks might just be fun, or maybe they're easy to play, but they're not the powerhouses that will warp a meta. They may win against unsuspecting opponents and can make for interesting tournament options, but are otherwise worth just keeping an eye on.