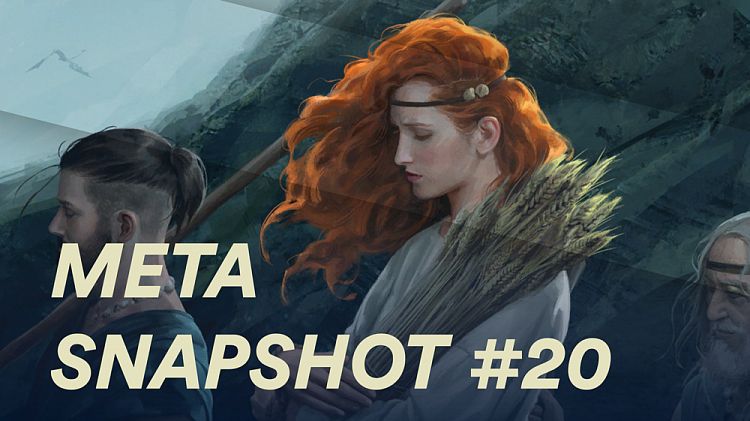 Patch 9.0 saw the release of the first part of the new Price of Power expansion, and with it, some new powerful tools. The patch also included some pretty big buffs to NR and select buffs elsewhere, which brought decks like NR Siege and leaders like Jackpot out from the shadows. Price of Power is still pretty fresh, so players are definitely gonna be more inclined to try out the new stuff than play the old, so it's definitely possible that we'll see more of the decks from last patch around once everyone calms down a bit.

That being said, there are new powerhouses all around: Hyperthin for NG, Relicts for MO, Patience for NR, special-generators for ST, Druids for SK, and Bounty for SY. Almost all of these archetypes or packages are seeing play on ladder at the moment, which makes for a very new meta. Gradens are being brought out of the deckbuilder for what is probably the first time since Wild Card was removed as a leader. Harald Gords are hitting the gym like never before. And as always, it's entirely possible that the best deck has yet to be discovered.

This month's snapshot has some of the decks we've been seeing the most on ladder, along with our impressions of them. It seems like SY Midrange is all geared up to dominate this season, but there are plenty of other archetypes making strong showings.

Runners-up: Decks are still big forces to be reckoned with. These fare pretty well in the meta, though they're less dominant than the frontrunners and often have a specific weakness (e.g. draw consistency, row punish, tall punish, lack of proactivity).

Honourable Mentions: Decks here aren't strong enough to be put into the above rankings, but still have some kind of presence in the meta. These decks might just be fun, or maybe they're easy to play, but they're not the powerhouses that will warp a meta. They may win against unsuspecting opponents and can make for interesting tournament options, but are otherwise worth just keeping an eye on.