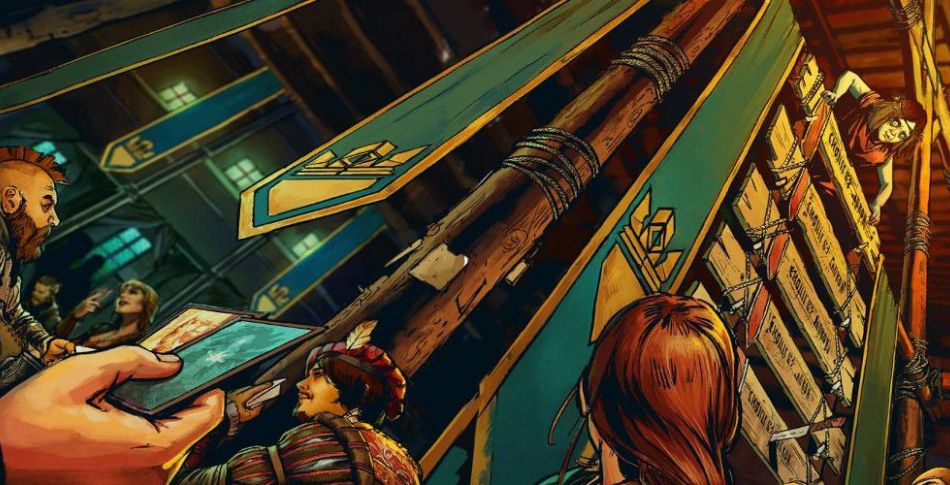 At its heart, Gwent is a competitive game, and for those just starting out, making the transition into competitive play can be daunting, not least because it means understanding the ins and outs of terms and systems that might seem very alien. In this article, we will be looking at Gwent’s Ranked progression system and how the game uses MMR to determine players’ positions on the leaderboards.

Ranked Progression: The Ladder and Leaderboards

This article is the first in a 2-part series examining competitive play in Gwent. While Part 2 of the series looks at Pro Rank and the opportunities competing at the highest level can bring, this article will focus on the fundamentals of how competitive systems inside Gwent work.

What is ‘The Ladder’?

If you are relatively new to card games, or competitive games in general, you may not understand what the Ranked ladder even is. Let’s start there.

The ladder, in gaming terms, is a system used by players of a game to play that game competitively. Generally speaking, it is referred to as the ladder because as you win competitive games you move up in rank or tier, and as you lose games you move down, though this deranking does not currently occur in Gwent. This movement up and down the ladder is colloquially known as ‘climbing’, or ‘grinding’ because of the number of games required to reach the top.

Gwent’s competitive ladder can be accessed by selecting Play in the game’s main menu, then selecting Classic. This will take you straight into a standard game of Gwent, the result of which will affect your MMR and position on the Gwent leaderboards. 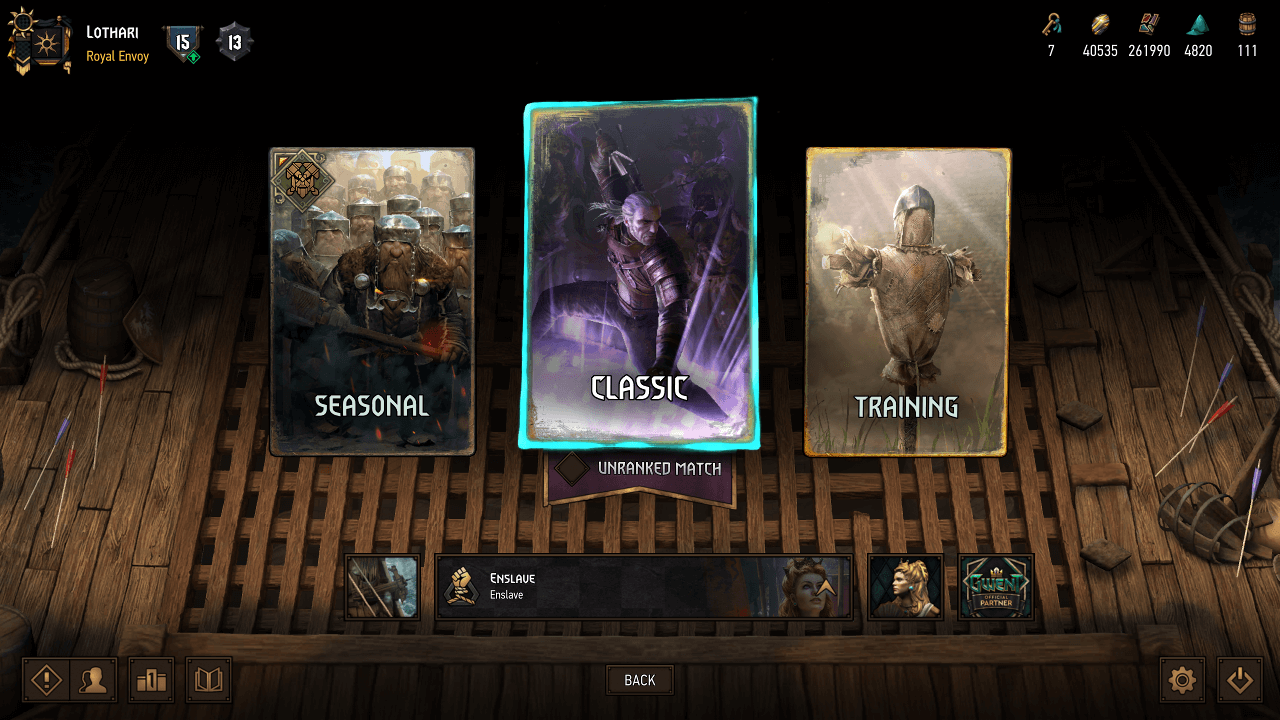 Unlike Casual (Unranked Match selected), where you can be matched against any player, in a Ranked match, Gwent’s servers will try to place you against another player of the same or similar rank who is also waiting for a game. Depending on your rank, this might take a small amount of time.

Gwent’s competitive ladder is made up of 31 ranks. If you have never played competitively before, you will start at Rank 30. As you win games, you will work your way up to Rank 1. Beyond Rank 1, there is also Pro Rank, which is covered in the second article of this series.

In order to add further granularity between ranks and aid in giving players a feeling of progression, each rank is split into five tiers, represented in-game by a stained-glass-style mosaic of a famous character from Witcher lore. The mosaic for your current rank can be found in your player profile.

To move up a rank, you must win Classic games with Ranked Progression selected to complete the mosaic, and then one more in order to unlock the next mosaic. There is an in-game contract available for completing each mosaic, and for reaching Pro Rank, for the first time.

Winning ranked games during a given season can unlock up to three different season-specific titles you can use in Gwent games. The first being unlocked at 25 wins, the second at 75 wins and the last unlocked at 150 wins. Reward Points can be gained by winning 10, 50 and 100 games. Seasonal reward trees may also reward you for playing Ranked games during a season.

Playing Ranked games is very different to playing in Casual or in Arena mode. It is currently the only way to play Gwent competitively, so it should be assumed that players are trying much harder. Most players bring decks that are strong in Gwent’s current meta into Ranked games to give themselves the best chance of success – examples of these decks can always be found in Team Aretuza’s latest Meta Snapshot.

In order to provide players with a continued challenge as they make their way up the ladder, progression does not follow a linear pattern. It is easier to rank up when at Rank 25 than it is at Rank 2. 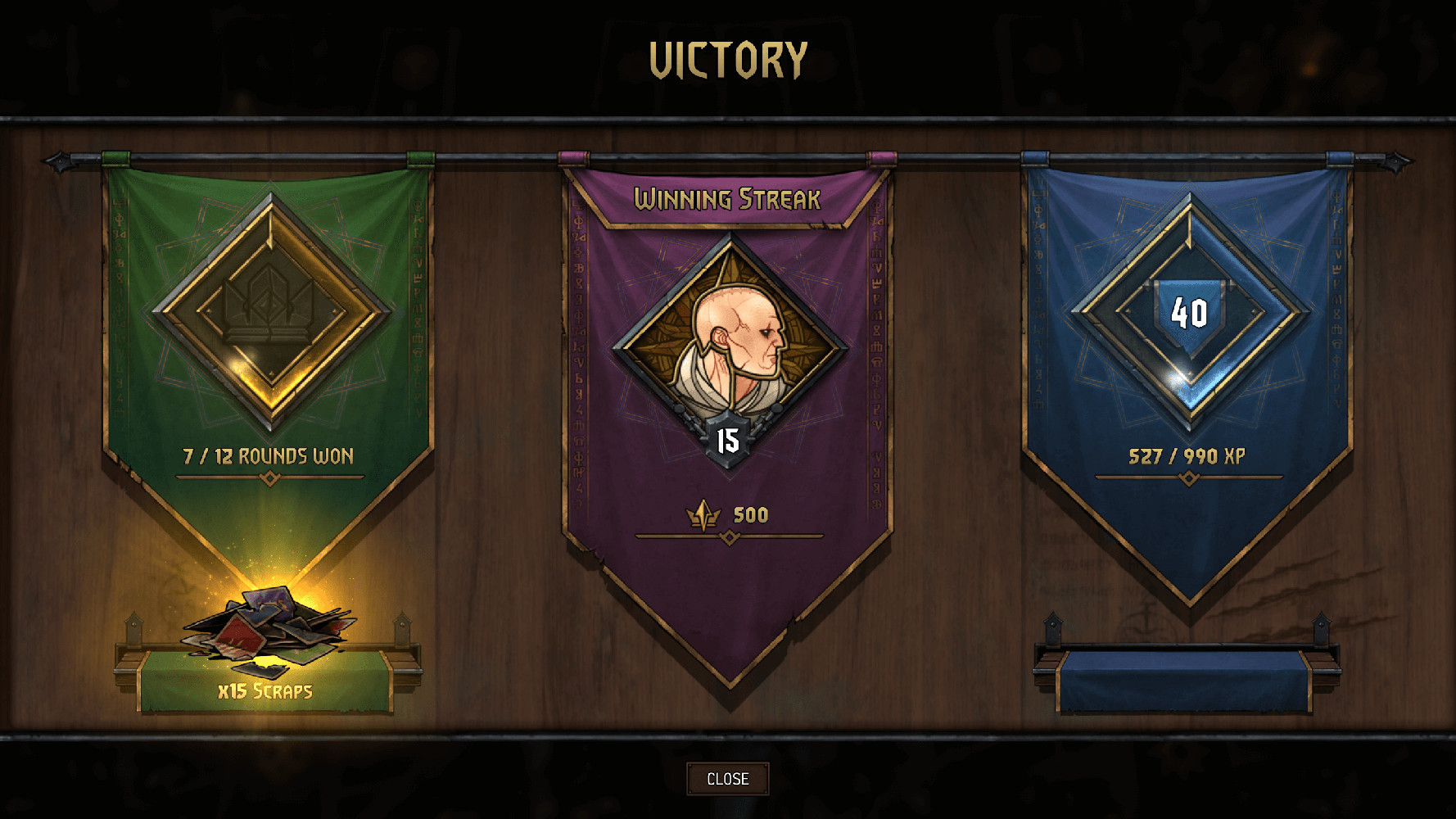 It is important to note that until you reach the higher ranks, you will receive a win-streak bonus if you win three or more games in a row. This bonus will grant you two mosaic pieces per win. Then, progression follows as such:

Under the current system, once you have reached a rank, say Rank 10, you will never rank down, in this case to Rank 11, throughout the course of a season, no matter how many games you lose. This is a safety net put in place by Gwent’s developers to ensure players can continue ranking without worrying about losing the end-of-season rewards achieved for each rank.

MMR and the Gwent Leaderboards

When you reach Rank 25, you unlock Ranked Score, more commonly known as your MMR or Matchmaking Rating. This value is used to determine your position on the Gwent leaderboards, both within your region and globally. 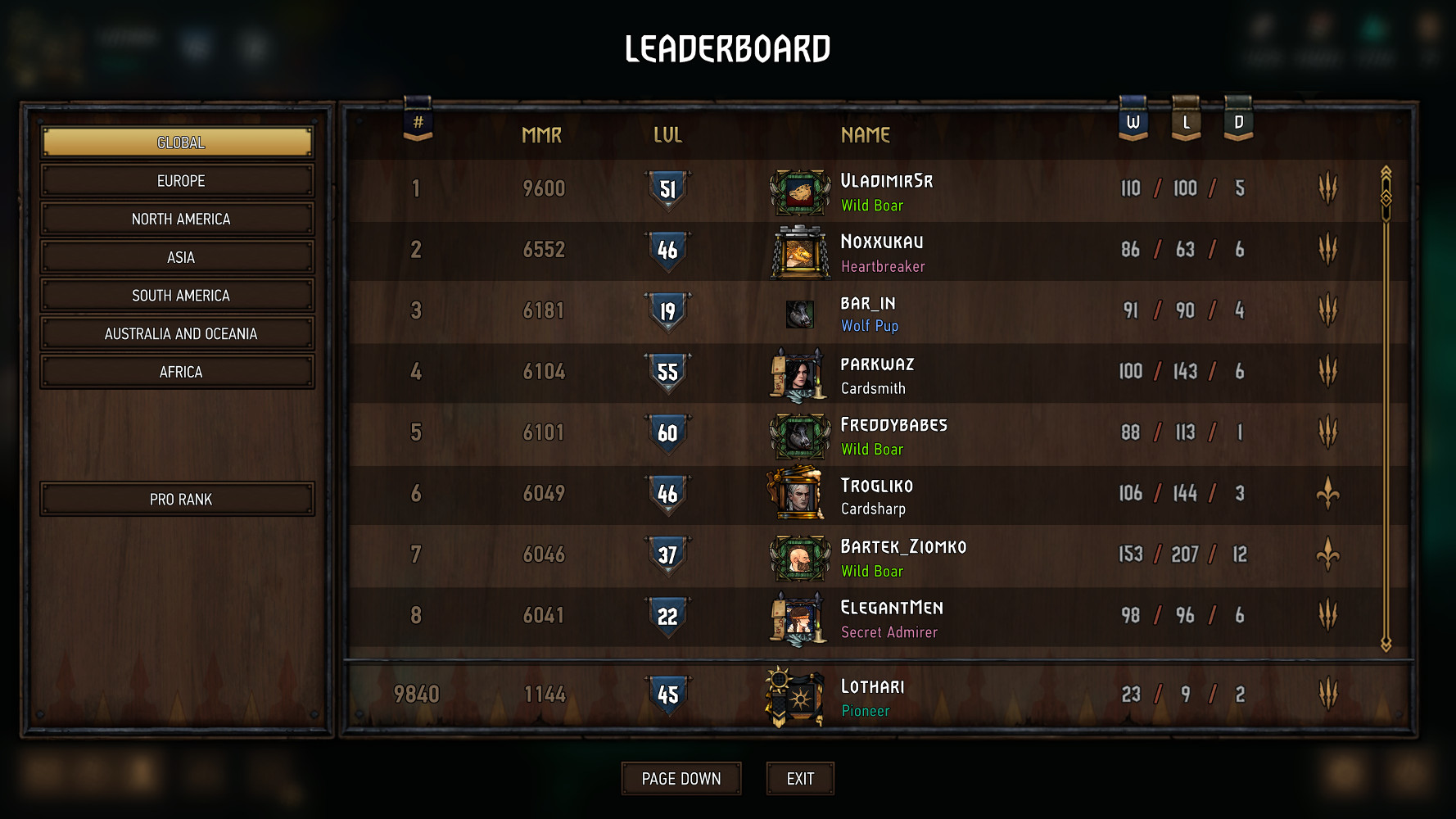 Each faction has its own MMR, known as Faction Matchmaking Rating or fMMR. On reaching Rank 25, this will be set to 1250 for every faction. Your current fMMR will go up as you win games with a given faction and go down as you lose. Note that losses affect your current fMMR, but not your Ranked Score (your total MMR). This is because your Ranked Score is based off of your peak fMMR for your top four performing factions – the highest fMMR with each that you achieve throughout the course of a season. 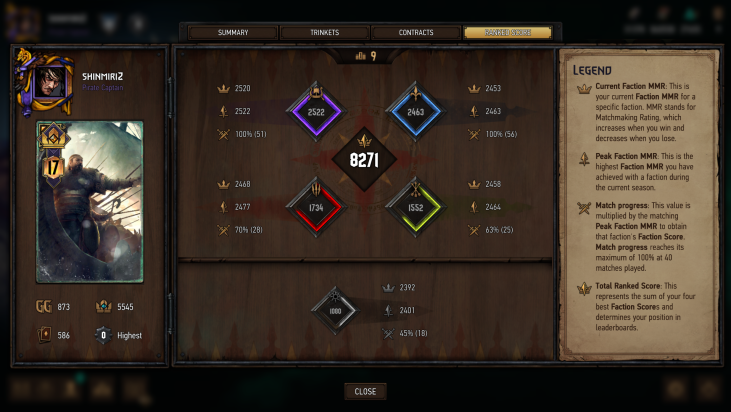 A percentage of your peak fMMR with each of your top four performing factions contributes to your total MMR depending on how many games you have played. A faction contributes 100% of its peak fMMR to the total MMR at 25 games played. Let’s say you reach Rank 25 having played 4 games with Nilfgaard. Your peak Nilfgaard fMMR will be 1250, but as you have only played 16% of the 25 games required to ‘unlock’ 100% Nilfgaard contribution, Nilfgaard will only contribute 200 points to your Ranked Score. After 12 Nilfgaard games have been played, this contribution will be 600 points, and at 25 games it becomes the full 1250 points.

Your top four performing factions are measured by which have the highest peak fMMR. The fifth and sixth will contribute nothing to your total MMR.

For players between Rank 30 and Rank 1, MMR serves a singular purpose. It determines their place on the Gwent leaderboards for their region and the entire player base. The higher a player’s MMR over the course of a season, the higher up both leaderboards that player will be. This is about bragging rights; the opportunity to say you are part of Gwent’s top 10000 players in Europe, to say you are number 1 in the world. Though they are intrinsically connected through wins and losses, your MMR has no effect on your final Rank at the end of the season, or vice versa.

For Pro Rank players, their position on the Pro global leaderboard also determines how many crown points they are awarded at the end of a season. This is the score used to determine who is allowed to partake in gwent masters tournaments.

Competitive play in most games takes place over the course of a defined period of time referred to as a “season”. For Gwent, this is a month, though most seasons do not begin at the start of the month and run through to the end. Most commonly, a new Gwent season will begin in the last week of a given month, and run until the last week of the next.

Due to a lack of official information on how fMMR resets for individual Ranks or rank groups at the beginning of a new season, it is difficult for us to say for certain how MMR and Ranked Score are affected. We have reached out to the developers for this information, and will make it available in this article when CD Projekt Red publically release it, which they have told us they are working on. That said, at the beginning of a new season, the number of Ranked games played resets to 0, and as such it can be expected that no factions contribute to your Ranked Score, meaning this will also be 0.

Differences to the Beta System

For those of you who are familiar with the Ranked system from Gwent’s Beta but are yet to dip your toes into this new system, this will be different to what you know. Most importantly, your rank is no longer directly tied to your MMR. Now, your rank and your position on the leaderboard are measured separately. This also means that when your MMR resets at the beginning of a season, it cannot affect your rank, and so the number of ranks you drop during the reset is simply fixed at four.

The other biggest change to the system is having a seperate MMR for each faction. This allows you to track your progress up the leaderboards with each faction more accurately and more closely follows how Pro Rank is tracked, helping to prepare new competitive players for the road ahead.

In this article, we have taken an in-depth look at Gwent’s Ranked ladder and how a player can climb its different levels by winning Ranked games. We have also looked into Ranked Score and fMMR to see how it affects a player’s position on the game’s leaderboards. With this knowledge, you can start your climb with full understanding of how the system works. 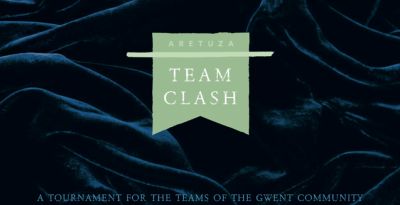 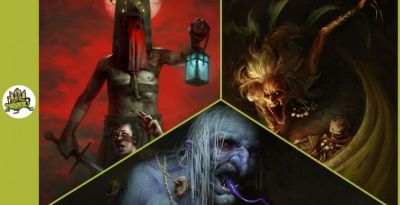 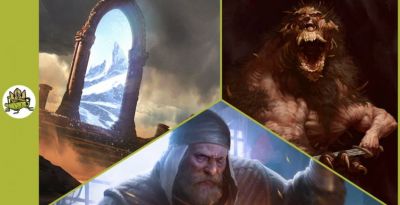