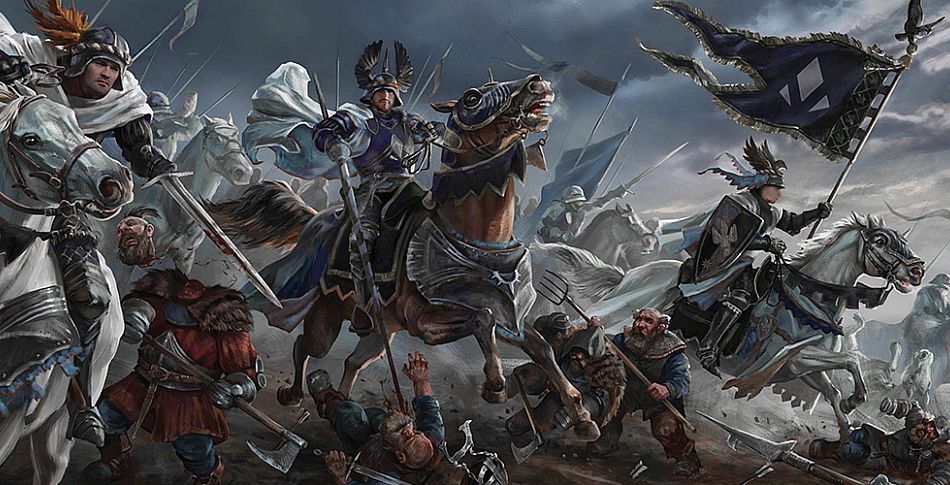 Greetings GWENT Community! Our writer, Kurikara, is providing an insight into Season 1 GWENT World Masters and the upcoming Price of Power expansion. Additionally, that’s your chance to meet our competitive players and get to know them and their approach for playing GWENT better!

The long-awaited moment has finally arrived! 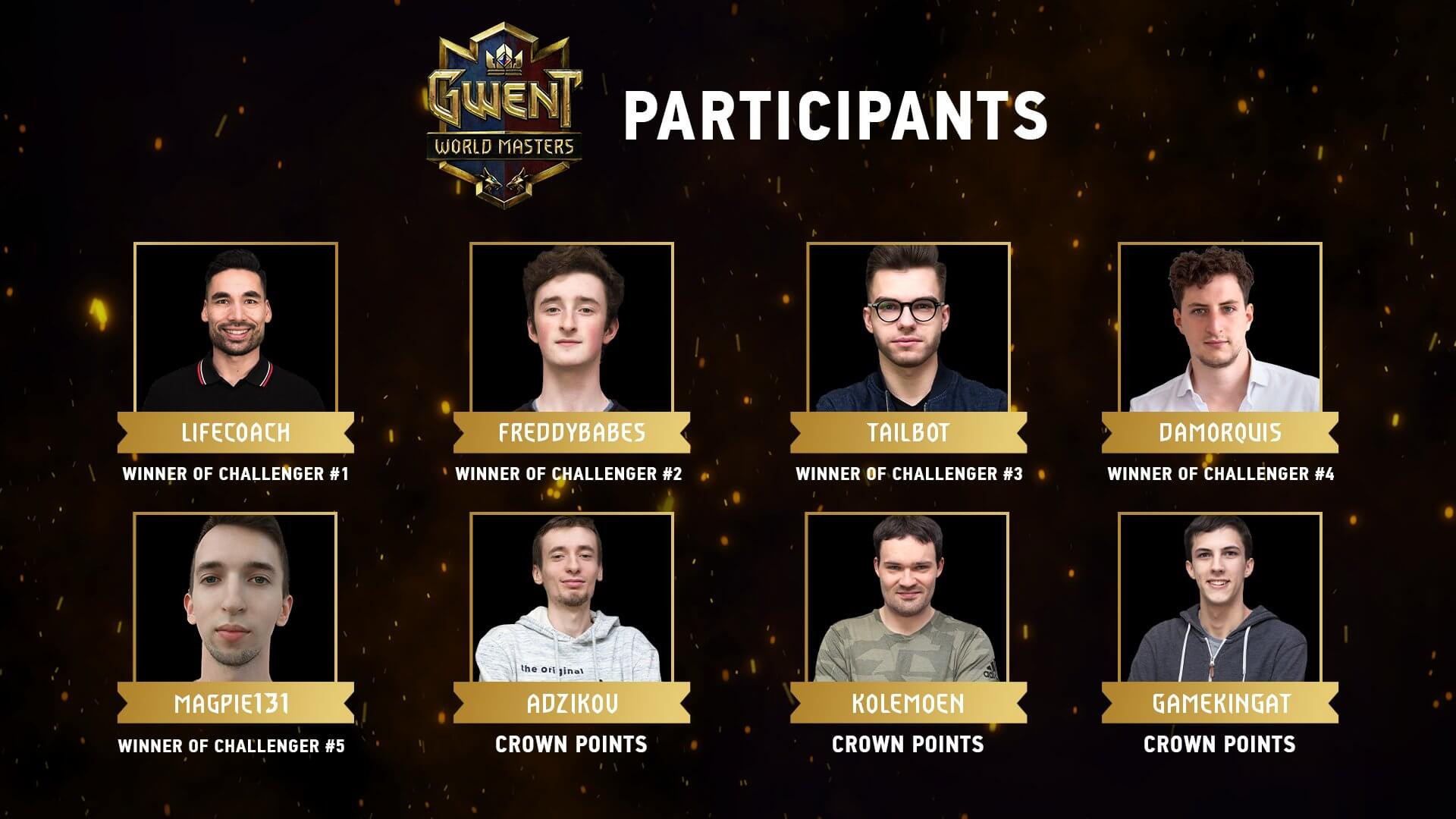 The top 8 players of the first season of GWENT Masters will compete for the title of best GWENT player in the World and, of course,  their share of the largest prize pool in the history of the game - 250.000 USD!

In the casters group, we can again enjoy the commentary of the duos of TheaBeasty and Lionhart and, as well,  Flake with Shinmiri. In the role of host the irreplaceable Paweł Burza, assisted by Ryan Godric and Shaggy! 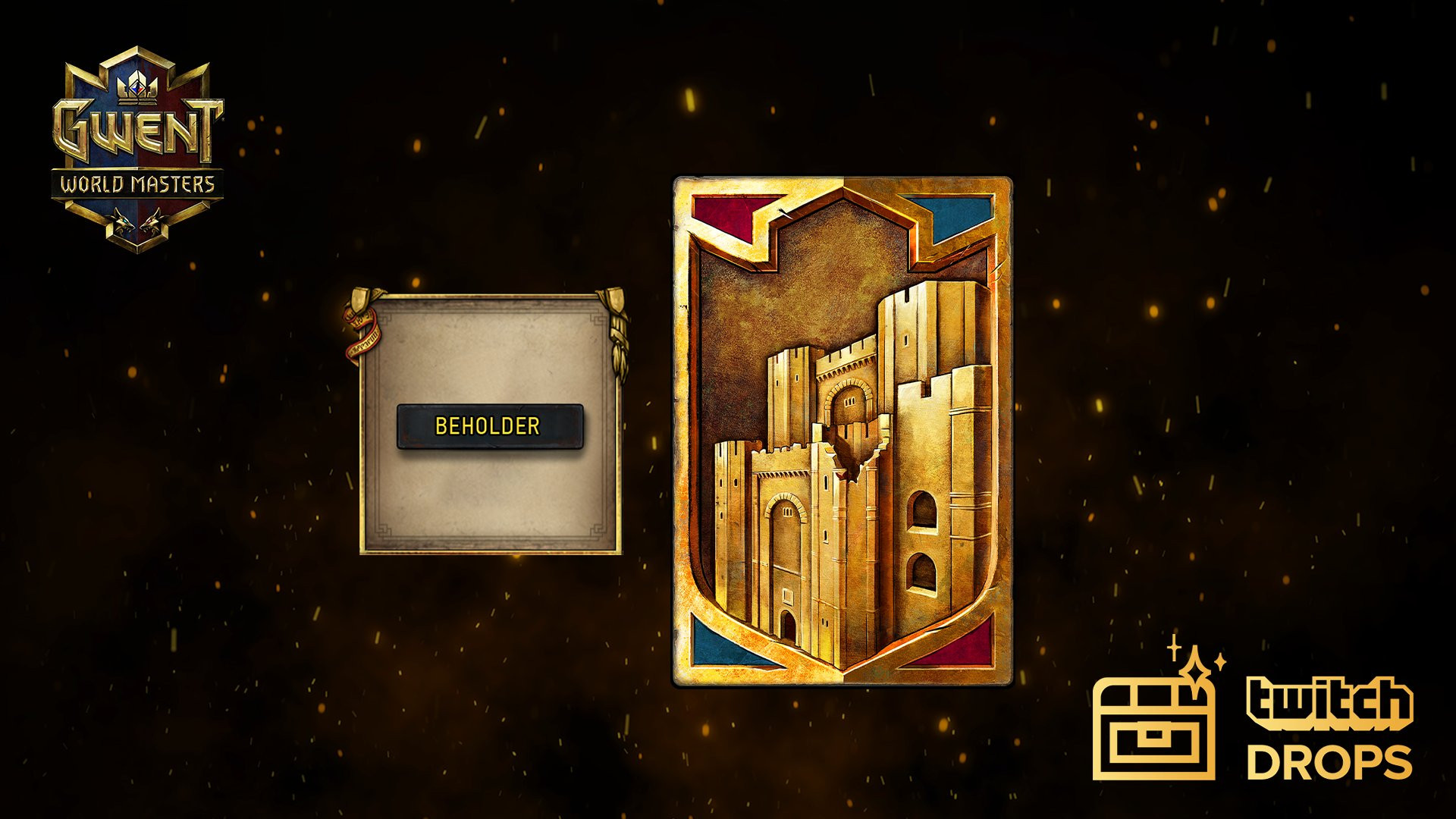 GWENT Team has also prepared prizes for the viewers!  After connecting your GOG account to Twitch for 4 hours of watching you can earn the title "Beholder", and for 8 hours a unique card back inspired by Kaer Morhen. Remember to connect your GOG account with your Twitch account! More about them in this link!

Once upon a Pyre ... there was an Expansion Pass 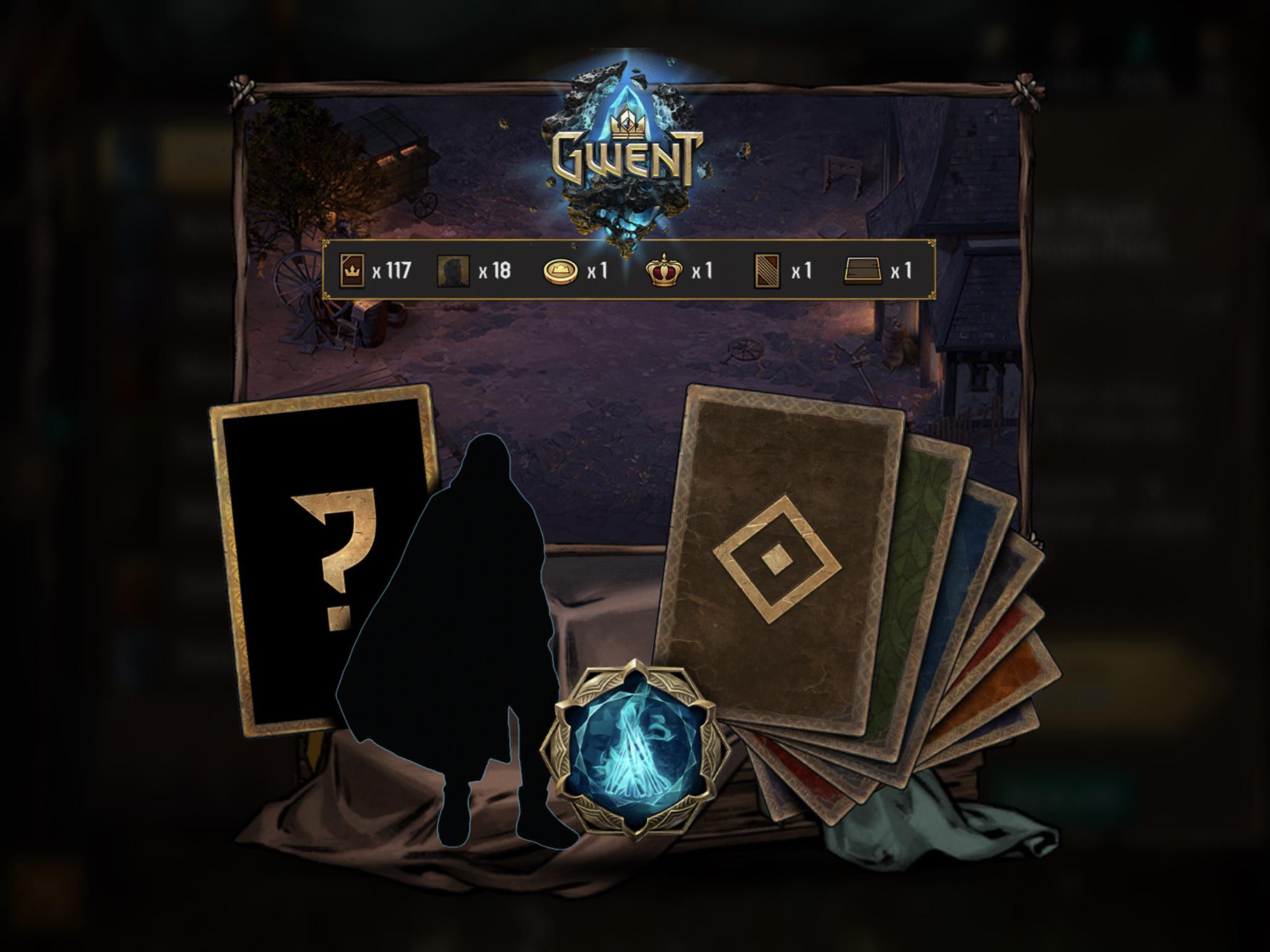 With the upcoming expansion, Price of Power, CD PROJEKT RED is trying out a new distribution model - the Expansion Pass. Namely, 3 smaller sets of cards, each of them with its own part of the story to tell, all 3 together will form one big set of cards, the kegs of which will hit the store in November. Until then, you can either purchase the pass and get premium copies of all cards as they are released, you can try to drop them in kegs or craft them one by one in the Deckbuilder.

Keep your eyes open! The remaining reveals will be shown during the tournament. You clearly don't want to miss it!

However, while Season One began in 2017, back then GWENT was still a fairly young card game. Despite many unique ideas and solutions in terms of its gameplay and direction of balance and metagame - it was still perceived as that card game from The Witcher 3: the Wild Hunt.

Since it was the beginning of GWENT and everything had to start somewhere; I decided to interview our 3 World Masters participants and ask them a few questions about themselves, their journey up to now and their feelings about these years. 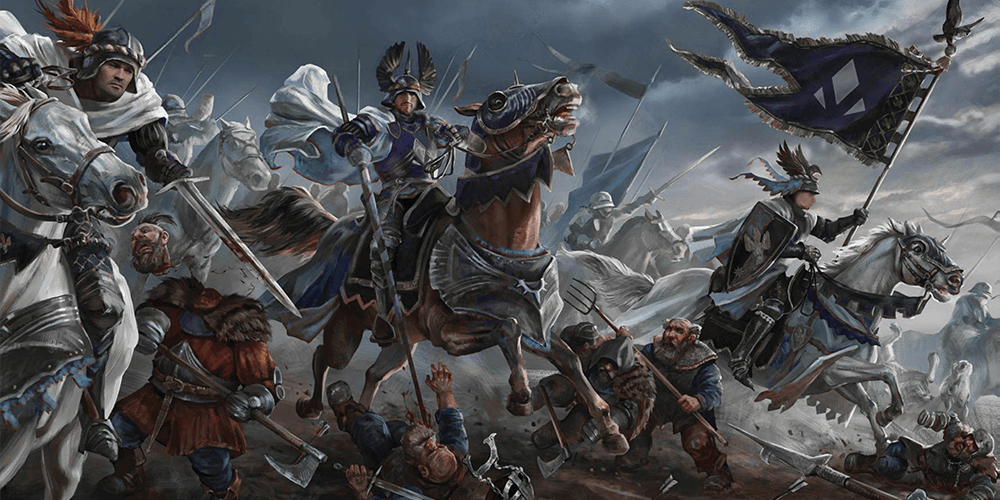 Hey Guys, thanks for letting us have this interview!

But before we get into that... Let’s focus on how it started and how it’s going.

#1 During Season 1, GWENT was a relatively new card game back then. What sparked your entry into the competitive scene in the first place?

Damorquis:  I enjoyed the Witcher universe and was one of its biggest fans - even took a week of holidays just to play witcher 3 on release. Gwent was a game I was passionate about and my passion only grew when it showed that better players can really win games more consistently than in other CCGs. I almost qualified for the Wild card qualifiers for Open 1, which motivated me to give it a shot later and try to qualify for a Gwent event which I eventually did.

Kolemoen: I started playing shortly before they announced qualifiers for the first-ever tournament - Challenger#1. I came close to qualifying but lost out in the final round. For Challenger#2 I was able to make it then and ever since I have been involved in the competitive scene.

Adzikov: I started playing Gwent 2 months before the Proladder announcement. Wasn't really thinking about competing, I was just having fun. When Proladder comes out I tried it and realized that I'm one of the best so just stayed  :D

# 2 Were there any challenges that you all faced along the way? What were the best and the toughest moments you all had during your journey to the top?

Damorquis: Losses in the quarterfinals of my first two Opens were tough, getting the wins in was a tough piece of work for sure, too. My best moments are beating kolemoen from being 0-2 in Challenger 4 and eventually winning that event, and playing in my best shape at challenger 5. Losing 3-0 in the finals to magpie felt horrible, my draws in that final were really not great and it hurt to not have been able to fight harder in the final. But Masters is another chance to climb back to the top!

Kolemoen: Every time you win a tournament match it is a great moment and every you lose one it is a tough moment. I particularly enjoyed my wins at my first tournament as well as my overall win at open#6. The hardest losses I guess were the ones in the final (challenger2, open8, masters2).

Adzikov: My toughest moment was losing to Kolemoen at Challenger#2 0:3. I was very sad after that but that I realized how stress is affecting me during tournaments and from that time I don't think stress got me a single time so every tournament from that time was the best moment.

#3 How do you all prepare for the Qualifiers, GWENT Opens, and the upcoming Gwent World Masters? Are there any differences in how you prepare for each event?

Damorquis: I prepare with my team, and this time we had a lot of help from players such as kams, gravesh, qnerr and saber who were there for us and helped us to get in shape and to find the right lineup immensely! I cannot express in words, how grateful I am for their help, support and the belief they have in us and me.

Kolemoen: The biggest difference is the amount of time spent. For qualifiers, I usually just spend 1-2 days preparing at most. For opens it is maybe a week, while for masters I met up with Damo and we prepared together for 3 weeks.

Adzikov:  Every quali/tournament was different to me so it's hard to say. There were tournament or qualis when I didn't spend a single hour to prepare. Gwent masters are different of course. Every game I played this season, even on the ladder wasn't to win but to understand the game as best as I can, so I can say it lasted 4 weeks. Mostly on playing ladder but also with Aretuza guys and other players who are helping us.

#4 What are your thoughts on the Price of Power and its new distribution model? During the beta, GWENT shared a similar release schedule with new cards making their way to the game every few weeks. Do you think will it be enough to shake up the meta, or do you still prefer the old model with all cards being released at once?

Damorquis: I don't have an opinion on that as my focus is entirely on Masters and I haven't been following the card releases at all.

Kolemoen:  I think generally it is better to release cards more often in smaller doses than a lot at once. It shakes the meta up more often and is also easier to give every card the attention it deserves. It makes it however necessary that the new cards are almost all impactful since there are not as many of them.

Adzikov: I like this model. It makes the game less stale through seasons. Sure, we can get cards that are not gonna shake the meta, but the general idea sounds great.

#5 Do you have any message for the GWENT community? With more players coming to GWENT and more events happening around the world; do you have any tips for other players who are planning to get involved in the Witcher Card Game?

Damorquis: I want to thank everyone who supported me in my Gwent Journey, for every nice message, every vote in the divination challenge, everyone I was granted to meet in person and in particular for the amazing support of our prep team including the TLG guys who helped us become real contenders for the World Masters Title.

Kolemoen: Gwent is a great game with more strategic depth than a lot of other card games. It also is very unique so if you are bored of card games that are essentially remakes of magic the gathering I would recommend giving it a try.

Adzikov: If you lose it means you were probably worse. Sure it's still card game and rng is involved, but Gwent is complicated enough compared to most card games to better get this mindset. Stop blaming rng every game, be better.

The season ends on Tuesday. This is your last chance to make that final ladder push. Have those resources ready as well as grab  the Expansion Pass to unlock all those new premium cards once the Once upon a Pyre expansion goes live. 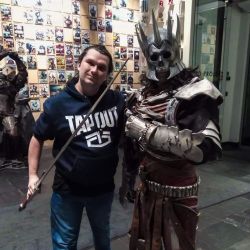 Kurikara is 30 years old Gwent player from Poland. His introduction to the card games was Magic: the Gathering during High School. A newcomer to the world of The Witcher, which he immediately started to follow after the first few rounds of Gwent. Former content creator for fansites and teams dedicated to various trading card games.

Privately, a hobbyist web designer who learns to code. If he is not doing anything constructive, then he certainly is trying to save Azeroth. 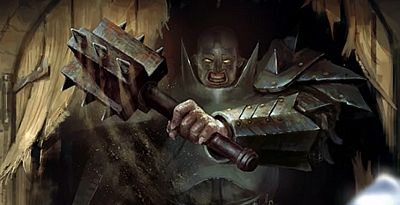 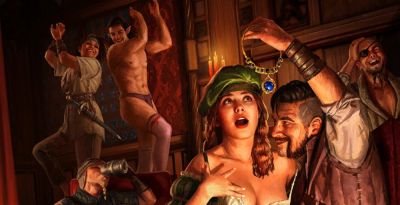 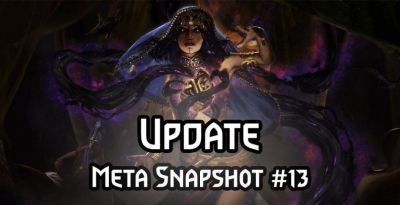