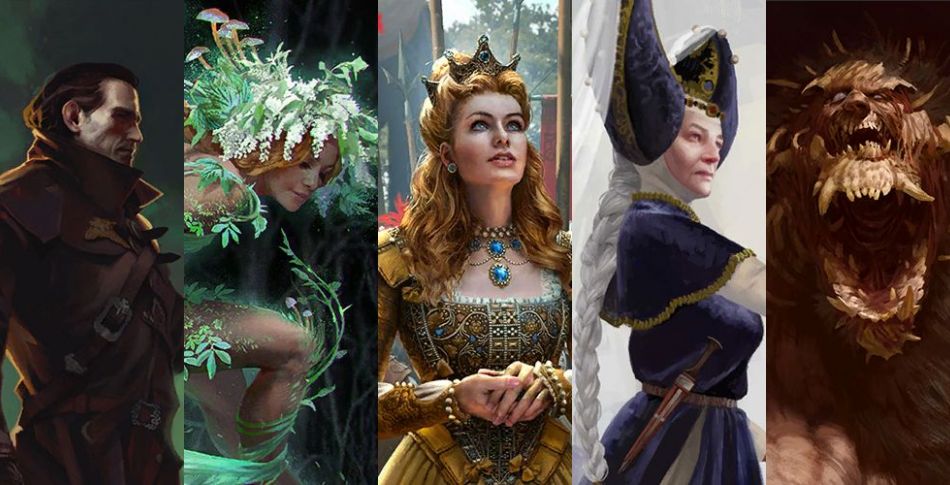 Northern Realms new addition is Queen Calanthe, a combo leader who enables its faction to play two cards in one turn. With Northern Realms having plenty of combo potential with Orders, Calanthe will no doubt find use in meme and competitive decks alike. This build revolves around using our leader to give John Natalis the Immune status with Avallac'h in one turn. This combo applies Zeal to all the cards played in this round, which is why the deck is full of strong Order units. If a player can manage to find all the combo pieces, the opponent's units will have a hard time staying on the board.

The newest leader for Skellige is Svalblod, supporting the self-wounding archetype, which has a lot of representation in Crimson Curse’s Skellige card pool. The ideal Svalblod deck is therefore a self-wounding deck that synergizes with its ability. The deck that Green Cricket showcases here is one utilizing strong engines and Berserk cards to generate above-curve value, with Svalblod’s own ability pitching in when needed. It is comparable to pre-Homecoming Greatswords in that it is heavily engine-reliant - and for good reason, because Svalblod engines are a force to be reckoned with.

Scoia’tael welcomes Dana Méadbh into its ranks as the faction’s newest leader. It enables Scoia'tael to play two cards in one turn and Dana's ability revolves around building a deck out of multiple Scoia'tael categories. Dana can act as a reliably accessible tutor for almost any card in one’s deck. The new Harmony keywords creates synergy out of these seemingly unsynergistic cards and enables a new archetype besides the existing ones focusing on a single categories like Dwarves or Elves.

Anna Henrietta of Toussaint is the new leader for the mighty Nilfgaardian Empire. Anna is a supporter of the Assimilate keyword, which encourages playing cards that are not part of your starting deck by, for example, Spawning and Creating them. Anna itself does no less than Create a card from your opponent’s hand, which can be used to disrupt their gameplan or glean information about the cards in their hand. Ryan Godric's deck uses a combination of the old Spies archetype and the new Assimilate keyword. Cards like the new Duchess's Informant and the known Cantarella tie these two keywords perfectly together. Your general gameplan is to start of with the Spy engines, assimilate units and find the right moment to disrupt your opponent’s gameplan with your control options. With the Nilfgaard exclusive Damien de la Tour you will also have the chance to play Anna twice in one game.

Monsters unsurprisingly welcomes Dettlaff van der Eretein as their new leader, the star of the expansion and the character on which the theme of it was built. Monsters has gained lots of Deathblow and Bleeding cards, and the deck Lothari and Jamedi are showcasing here is a Midrange deck using Bleeding as a pseudo-engine and lots of value cards. Dettlaff is used for pure value rather than Vampire synergy with Ekimmaras, as this build does not run Crimson Curse. Dettlaff’s ability with its 2 points of removal can be used as a control option as well.

Crimson Curse has been long-awaited, and the developers have certainly delivered in terms of the stunning art, the diversity and freshness that the new cards bring to the card pool, and the myriad of archetypes and experimentation opened up by the new leaders and keywords. With their expectation being several expansions a year, Gwent will undoubtedly flourish and grow beyond the wildest expectations of players in Closed or Open Beta. 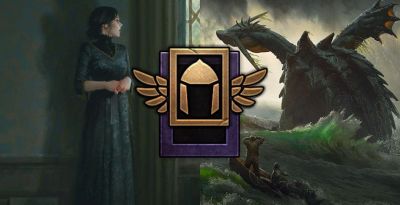 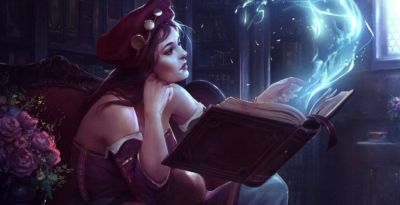 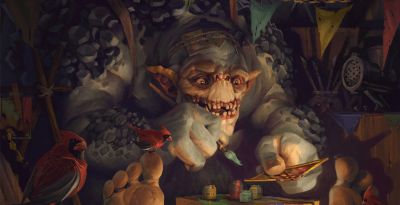