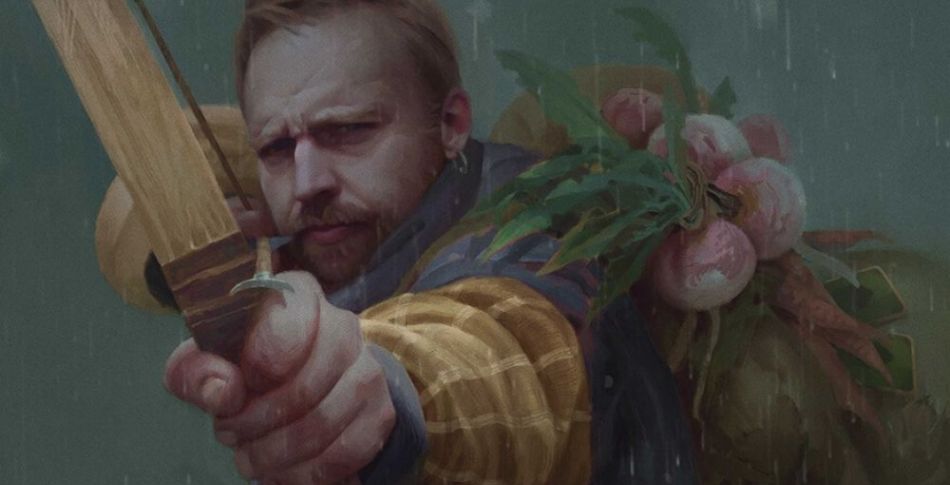 Pavko Gale was introduced to Gwent in the Midwinter Update as a tribute to CD Projekt Red’s Community Manager, Pavel Burza. Despite his great potential, Pavko has perhaps been underrated by players, and has not been played frequently in popular decks. In this article, I’ll take a look at Pavko Gale, see what other cards he pairs well with, and try to figure out if everyone’s favorite Community Manager could potentially “leek” his way into the current metagame.

Pavko Gale - The case of an underrated card

While Pavko Gale’s original ability upon release – pulling a random item from your deck – was a bit too inconsistent for top-level play, after the Swap Update he received an interesting buff, making him able to choose which (bronze or silver) item to pull from your deck and play along with Pavko. Despite this buff, Pavko is still not commonly used in competitive Scoia’tael decks, as his power has been obscured by the presence of two more popular silver cards in the Scoia’tael faction, Éibhear Hattori and Barclay Els.

Pavko can achieve a high value for a silver card, with two potential drawbacks or costs. The first cost is that Pavko is a “build-around” card, meaning that you must devote additional deck space (in this case, running complementary items) for him to achieve value. In addition, Pavko can brick if all items have already been played from your deck, making him a disappointing five-point silver.

However, if Pavko successfully pulls an item, he can be quite strong. Next, let’s talk about the items that could synergize well with Pavko.

A tutor is often only as good as the card that it pulls. We can examine each of the cards with the item tag to determine which ones might be good enough to be used with Pavko. Let’s start with bronze items.

After the evaluation of bronze cards, we can conclude that among bronze items, the best ones to use are most likely Elven Blade or Crushing Trap. With these two cards, Pavko’s value goes to 15-17 points in the best case scenario. On the other hand, the other bronzes are really conditional, which forces us to additionally alter our deckbuilding process.

As we can see, there are two silver items whose value is superior to other silver cards. These cards are Mahakam Horn, which requires a specific deckbuilding path, and Black Blood.

After examining all items in the game, we can conclude that Pavko can be useful if we use him in combination with Elven Blade, Crushing Trap, Black Blood, and/or Mahakam Horn. With all of these items in a deck, his likely value oscillates between 15 points and 24 points.

We can now compare this to the aforementioned Scoia’tael cards, Barclay Els and Éibhear Hattori. Barclay is often used in two ways: To pull Cleaver in a deck with no other dwarves, and to pull a bronze dwarf in a dwarf-heavy deck. Focusing on the latter option, Barclay will usually pull an 11-12 point bronze dwarf to provide 16-17 points of average value.

On the other hand, Éibhear Hattori’s value is slightly harder to estimate, as it depends on populating a graveyard. In a good scenario, he can replay Barclay with an additional three-point body, averaging 19-20 points of value. In other scenarios, he may have to resurrect other targets such as Elven Mercenary or Sage, often for around 12-13 points (providing 15-16 points of total value).

Overall, we see that Pavko is quite competitive with both Barclay and Hattori in terms of raw points. Now it’s time to compare it with other tutor cards that we can use in Scoia’tael: Isengrim: Outlaw and Vesemir: Mentor. Both cards are golds, which makes them makes their deckbuilding cost higher than Pavko’s.

Overall, we can conclude that Pavko Gale is an intriguing and potentially powerful card that compares well with other options in Scoia’tael deckbuilding. This card has fallen under the radar due to the existence of 2 powerful “staples” in Scoia’tael decks, Barclay Els and Éibhear Hattori. We should consider what a Pavko Gale deck might look like, to and whether he could be a viable pick for competitive Scoiatael decks.

While Pavko’s popularity is still relatively low (14% among Eithné players according to GwentUp data), we have seen different deck builders including Pavko and succeeding with him in the deck: 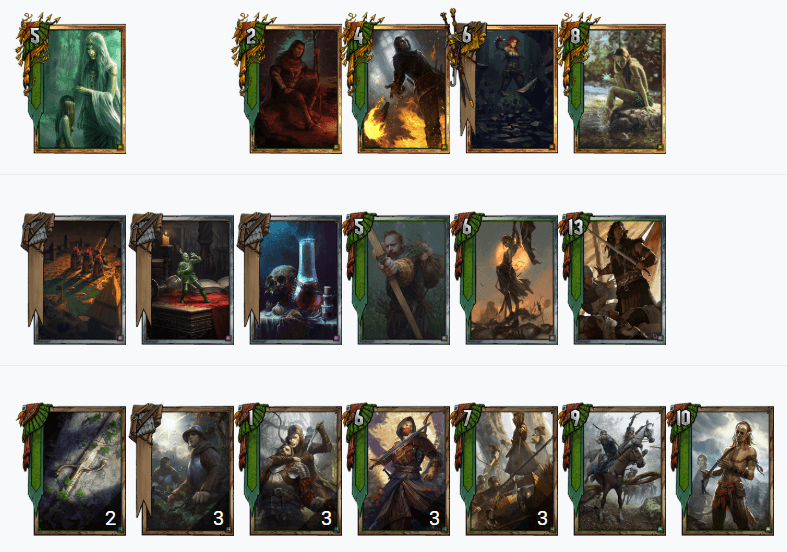 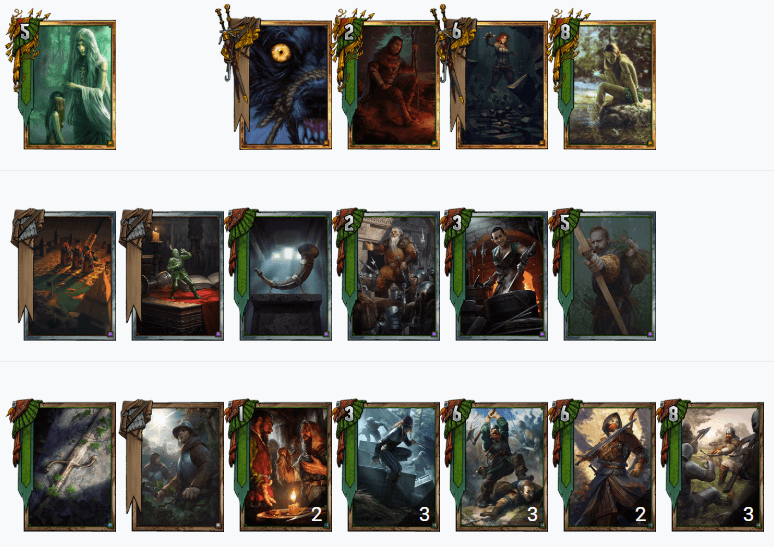 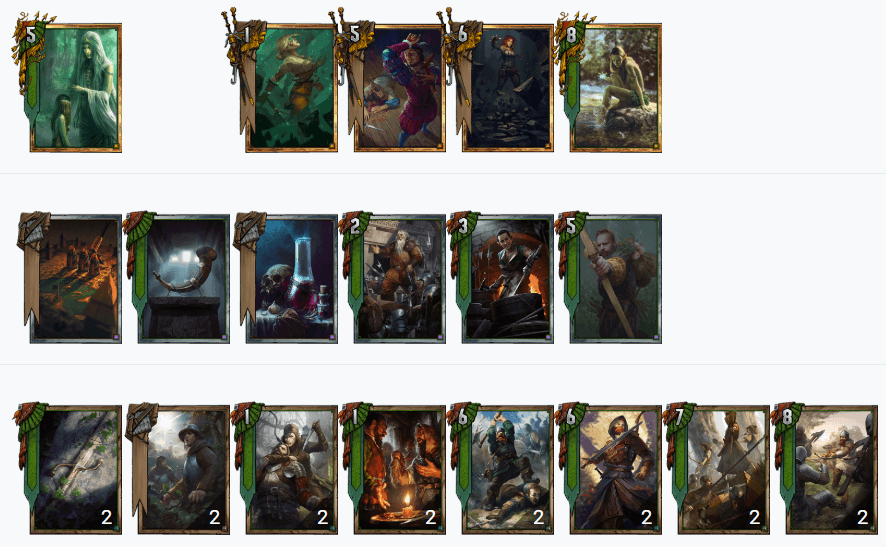 Pavko Gale is a powerful card, which has not been played much due to several reasons.

It requires a specific deckbuilding, as we need to include items in the deck for him to tutor. Building an “item package” for Pavko doesn’t necessarily synergize with other key ST archetypes such as Dwarves or Elves, and is even anti-synergistic with Shupe decks (since adding more special cards lowers our probability of finding Shupe's Day Off with Yaevinn).

Notably, the strongest items to pull with Pavko are silver cards, which restricts are deck given the popularity and strength of other Scoia’tael silvers. The existence of Barclay Els and Éibhear Hattori makes this difficult, as both offer more synergy with key bronze and silver unit archetypes and achieve a similar point value to Pavko.

However, the upside of Pavko in a correctly built deck is hard to ignore, and he is starting to see more play at the higher levels of Ranked and Pro Ladders. Perhaps the smuggler will find a spot in the next Tier 1 Scoia’tael deck to emerge. 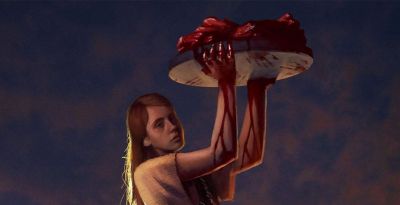 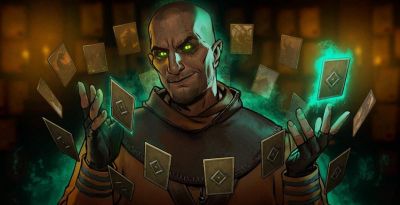 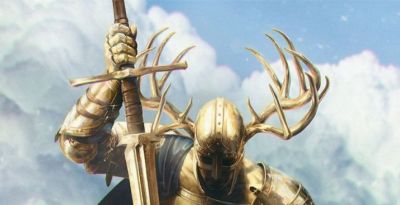