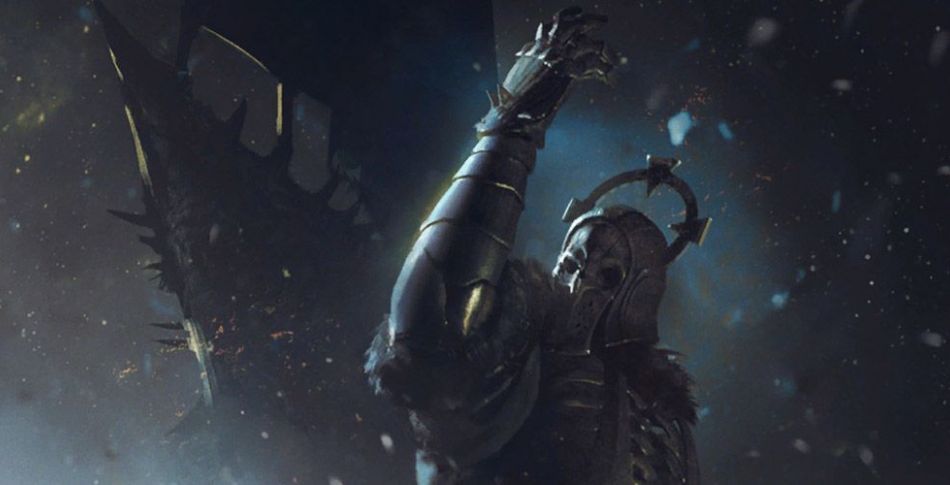 Hey everyone, I am Veruis, a casual player of CCG and RPG games, and I love spending my time having fun tryharding on ladder. That is why I decided to combine my strength with Team Aretuza and prepare for all of you something to help with the best mode in Gwent: Seasonal. Enjoy!

Playing this mode allows you to complete some quests in the seasonal Reward Tree. Also, this mode is the best place to complete contracts quickly, which will grant you Reward Points (RP). While spending RP, you will encounter special nodes marked with a chalice. Some of these will stop you from proceeding further until you finish a quest. Few of them can be done exclusively in seasonal mode, but most can be done in any mode in the game.

Season of the Wild Hunt

This month, you fight for the Eredin card back, three unique avatars, four Wild Hunt borders, and two premium Wild Hunt Navigators. To complete the Season of the Wild Hunt Reward Tree, you require 80 RP, while the fastest way to the Wild Hunt King border requires 45 RP. To complete the Leader Tree (Caranthir), you need 79 RP, while the fastest way to the Eredin card back requires 51 RP.

I would like to point out that this season’s border is enriched version of the Open Beta Wild Hunt Border and it is definitely one of the best in the game right now, also the cardback is in my opinion one of the prettiest.

“Whenever you play a unit, Spawn a 1-power copy of it at the end of its row.”

Finally, we have got a seasonal mode resembling the one of the Elven season or the Blitz mode! Personally, I've been waiting impatiently for this and finally I was rewarded. Apart from, of course, the great pleasure of playing with decks which normally wouldn't exist on ladder, we also have the opportunity to do many contracts, such as 1000 procs of Harmony, Berserk, Assimilate or Deathwish.

Due to the nature of the mode, we have a wide range of ways to build our deck: from the simplest engines, through control variations, to a deck whose sole purpose is to clog the side of the opponent with weak units – Spies or Rats.

The cards and decks below are focused primarily on contract fulfillment. One can never have enough Reward Points!

With each seasonal mode, the number of useful neutral cards decreases, but don't worry! I have a few suggestions:

Monsters look wonderful this patch. With the introduction of new cards, such as Penitent, The Beast, Desert Banshee and Noonwraith, the Deathwish archetype got a lot of interesting additions.

This deck, apart from the standard cards for Deathwish – Rotfiend, Slyzard, Miruna or Harpy Egg – includes Thrive card, which perfectly complement it. Penitent, together with Royal Decree and Naglfar allows for very high deck consistency, and we often finish the game with all our golds played. However, care should be taken when thinning the deck, as we can brick Penitent.

And now the most important cards: Caranthir Ar-Feiniel, Ge'els and Cave Troll. Caranthir is used on what we need the most –  another Slyzard, another card with Deathwish or The Beast for value. However, Ge'els and Cave Troll are often our win condition and unless it is the decisive Round 3, we have to consider the pros and cons before we sacrifice these two cards.

This deck is perfect against almost everything except Nilfgaard and Damien de la Tour. In such a situation, the only chance is to fill the opponent’s battlefield with the help of Noonwraith.

The mighty Empire of Nilfgaard has arrived and, indeed, it is more powerful than ever before.

The combo of Strategic Withdrawal and Damien de la Tour is particularly strong (and annoying). It's the perfect way to play solitaire. We play Damien, pick it up in Round 1, play it again and now there are three of them on the board and so on. Practically no one can answer that. In the next round, can do the same thing: Use Damien's ability, pick it up again and fill the whole board. Just remember: If you go to Round 2 or 3, you must have it back in your hand.

The rest of the deck is only there in case Damien is not available. But for me personally, for more than 20 games this never happened.

We have Living Armor in our deck, which is great with Alchemists. Letho: Kingslayer copies the unit of our choice and the Assimilate package allows us to fulfill contracts.

I have to admit that Northern Realms performs quite well in this mode, but that probably does not surprise anyone. Engine decks, and mainly those of NR, are perfect for seasons like this.

The main goal of this deck is to set up as many engines as possible in the shortest possible time, whether with our leader ability Pincer Maneuver or with Vernon Roche and Hen Gaidth Sword. Sometimes, especially against Nilfgaard, it is worth using our leader ability in Round 1 to guarantee the round win; this enables us to bleed in Round 2 or gain card advantage.

Dandelion, Vysogota of Corvo and Vissegerd are the three best cards in the deck. They should be kept in hand for Round 3 or even Round 2 if the plan is to win 2:0. However, this combo can easily be disrupted. So, I recommend to play Vysogota together with Donimir of Troy with the help of Pincer Maneuver in one turn. Only after that, we should play Dandelion. Vissegerd with its ability to gain a Charge for each Inspired unit should be played as one our last cards.

While Scoia'tael works great on ladder, in this seasonal mode it is not my favorite faction. The engines are not as powerful as Northern Realm’s, it doesn't abuse mechanics like Nilfgaard and it's not as interesting as Monsters.

The deck is practically filled with the same cards that are also used on ladder and everyone who has played a Harmony deck before will know how to use this list as well. We play Dryad Fledglings as one of our first cards to boost them with the tags of our other cards – Elves, Treants, Beasts, Dwarves, Humans and Gnomes. The only difference of this deck to the one played on ladder is that Dol Blathanna Sentry and Dryad Matron have been added. Those two are excellent in this seasonal mode, as we can get two copies of them..

I don't have any suggestions for replacements for this deck because almost all of the good cards have already been included. However, The Great Oak can be swapped out for a tech card like Geralt: Yrden.

Swimming in winter may not be the smartest idea, but who said that the Islanders have common sense when it comes to spoils and glory? That's why in the season of the Wild Hunt we’ll see plenty of Skellige sails.

Despite Nilfgaard dominating this seasonal mode with the help of the Damien army, Skellige also has something to say. With the ability to deploy two Dagur Two Blades and An Craite Greatswords, we can achieve big points because each unit played by the opponent takes double damage. In addition to that, we have one of the best cards for this mode – Tuirseach Veteran – who is in the clear for 12 points and can achieve much more when combined with Svalblod Priests. At the very end, we can use Living Armor and Wagenburg. Get ready for boarding, the Skellige people are yearning for your treasures!

Syndicate has never been my favourite faction, so I asked Jamedi from Team Nova for some help. He shared a very interesting deck based mainly on the Hoard mechanic with me.

With the help of cards like Swindle, Street Urchins, Tax Collector, or Imke we generate Coins which we maintain at a suitable level so that the remaining cards, which use the Hoard mechanic, can operate with the greatest possible efficiency. Due to the rather limited number of Coin generators, be careful not to use them all too quickly. We can always use Igor the Hook to duplicate a spender we might need. Other cards, such as the Borsodi brothers (Ewald Borsodi and Horst Borsodi) and Philippa Eilhart, are used primarily to spend leftover Coins to prevent them from being wasted. 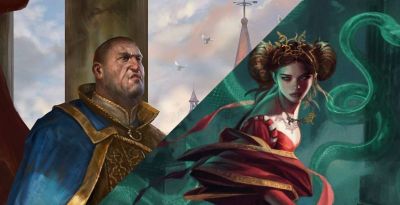 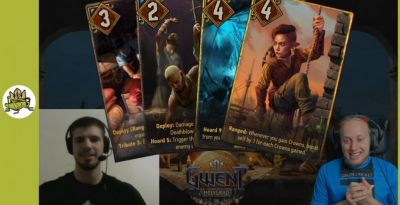 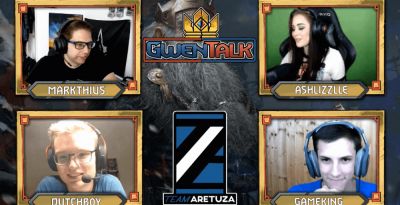