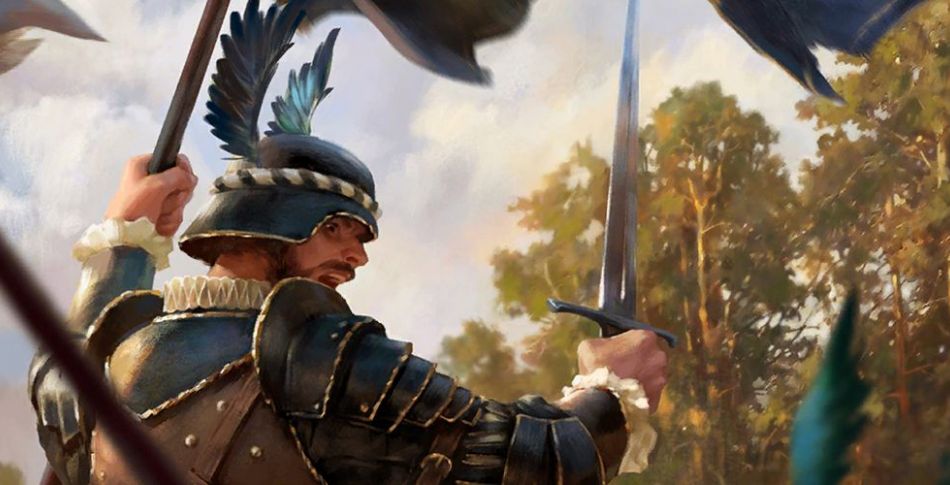 Over nearly an hour, CD Projekt Red laid out a series of immediate and longer-term changes for Gwent, from a rework of the Nilfgaard faction to plans for a mobile version of the game. The Aretuza braintrust, particularly SwanDive, Lothari and JMJWilson, has been hard at work analyzing all the news and I'm here to put it all together in a Rapid Reaction.

If you haven't seen the video yet, you can watch below:

Long-term plans for Gwent were on full display, particularly a push to acquire new players. Two of the dev stream's biggest announcements fed into that push. First, coming over the next few months, is an overhaul of the new player experience, with fewer but better tutorial games and starter decks that are more competitive and more heavily themed toward their faction, with fewer neutral cards. The Gwent Faction Ambassadors, including Aretuza's own shinmiri, have been hard at work, and I'm excited to see the results!

This push to improve the new player experience goes hand-in-hand with some of the biggest confirmed news for Gwent in months: the game is going mobile! According to the official Roadmap Overview, iOS devices should get access to Gwent first, with Android to follow.

All of this points to how CD Projekt Red has committed to Gwent and to bringing the game to as many markets as possible. Gwent may not be a "Hearthstone killer," but new customers and new ways to get in the game are more than welcome.

Existing players haven't been forgotten either! I'm personally excited for the return of drag-and-drop card placement; months after Homecoming, clicking to place cards still doesn't feel "right" to me, so I'm glad I'll be able to move cards as I used to. Notably, this is feature is live now!

The Roadmap portion of the dev stream emphasized practical and cosmetic improvements. "Focusing on simplicity and readability," per CDPR's own words, sounds great, and adding counters for row effects like Impenetrable Fog is welcome. And as someone who has put far too many units on wrong rows, I welcome highlighting rows based on row-locked abilities of cards. 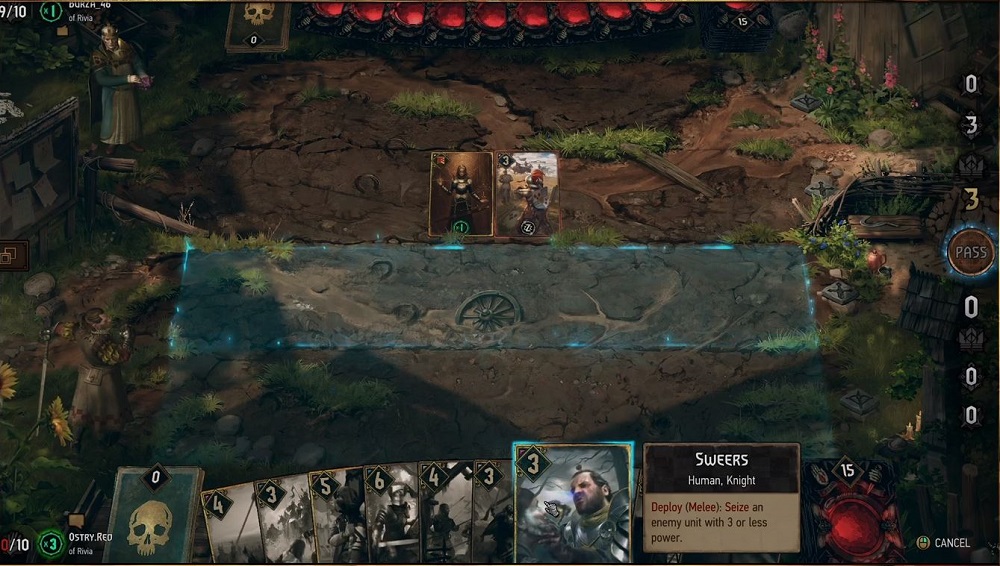 Row highlight for row-locked cards, as shown on the dev stream.

Other announced changes seem like they're taking a cue from competitors' games. Giving a sense of "weight" to bigger units through sounds and animations is by now a classic trick, seen everywhere from Hearthstone to Magic: The Gathering Arena. And in future plans, after the next expansion, the Roadmap promises more vanity (non-gameplay-affecting) items for purchase as an additional revenue stream, in line with games such as League of Legends and Dota 2.

While I'm disappointed that the split game boards are going away, as I thought they distinguished Gwent from peers and competitors, I understand why (reportedly they're a nightmare to program), and the "red coin gets the gameboard" rule will give you your favorite half the time and a variety of looks the other half. Also, if the tradeoff for split gameboards is finally getting an old-school "tavern" board skin and the return of pre-Homecoming-style avatars and borders, I'm with SwanDive and getting hyped for that! 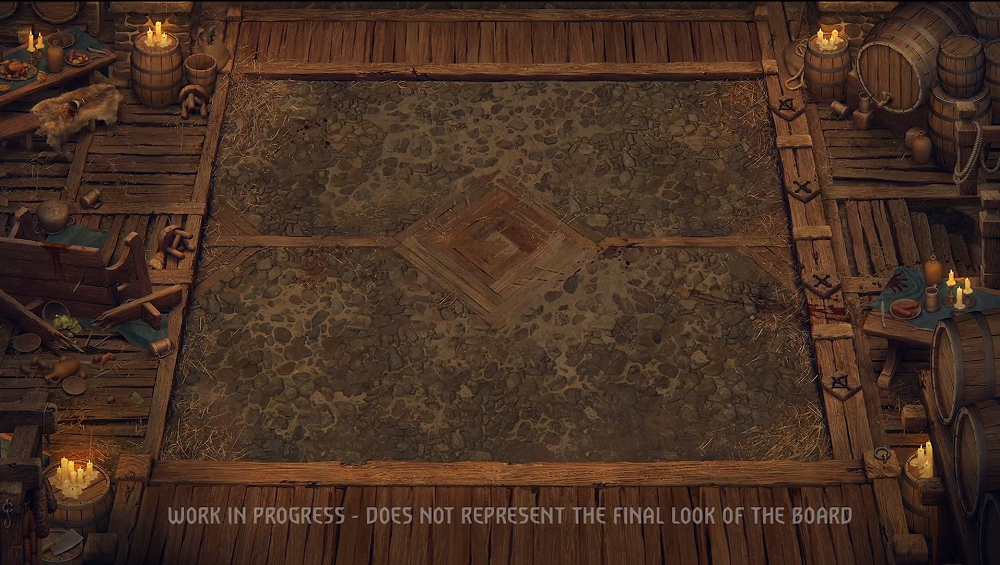 The remainder of the dev stream was dedicated to the Nilfgaard Update and card and leader changes. While there were a number of small and not-so-small changes -- the Dominance and Count Caldwell changes that make it so those units no longer count themselves will have ripple effects throughout Gwent -- the biggest news by far was the rework of the Nilfgaard faction, which had proved unpopular post-Homecoming with complaints of a muddled faction identity.

The Nilfgaard rework proved divisive, with a clear faultline. On the competitive side of Aretuza, the general consensus was that the new Nilfgaard cards were at least worth a look and a tryout. JMJWilson called the new Fringilla Vigo "very interesting" and promised to check on mage synergies, a task that is, alas, difficult for English-language client users, as one cannot spell "damage" without "mage," obscuring search results.

For the content creators looking at the update, the reception was far less positive. Both SwanDive and Lothari commented on the “rushed” feel of the rework, with cards like Alba Pikeman and Sweers representing cards already in existence (Reinforced Trebuchet and Vigo's Muzzle), as well as the almost complete removal of Reveal, which they both see as important to the Nilfgaardian identity.

From The Voice of Gwent.

As a storytelling-oriented player myself, this update misses the mark for me. Reveal, for all its mechanical oddness, felt uniquely Nilfgaardian in a way that the Soldier theme, shared with Northern Realms, does not. I can throw out any number of ideas for Nilfgaardian themes (Spying artifacts that take up space on rows and interfere with synergies, to name but one), but in the end, I do not have the answer. I do, however, know enough to say that this shouldn't be the end of Nilfgaard's reinvention. The Empire's partisans deserve better.

JMJWilson recorded a series of gut reactions as he saw the buffs, nerfs, and reworks come in. Here are what I found to be the key highlights for Nilfgaard: 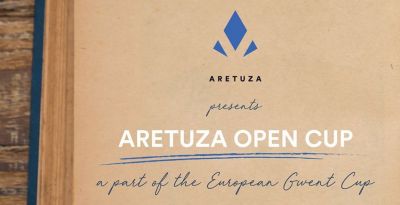 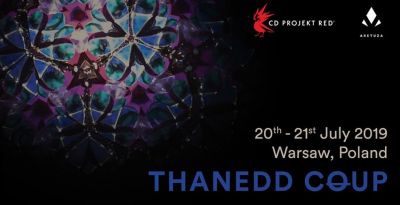 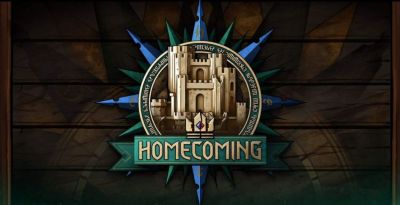