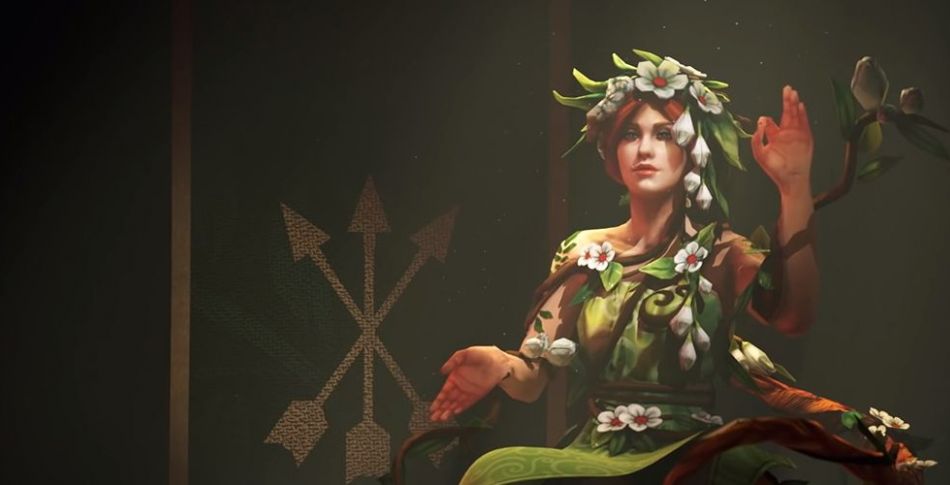 As Gwent players explore the game's first official expansion, Crimson Curse, many will try out decks using the new cards and leaders. This article covers how an expansion affects deckbuilding, from minor improvements in top-tier decks to all-new strategies.

In collectible card games, expansions create possibilities, changing decks and the metagames built from them. New cards can supplement existing archetypes or transform them. They can also create new archetypes as single-card strategies, groups of cards playing into a keyword, or, Gwent-specifically, leaders to build around.

It makes sense to start with existing decks, as they form the standard any new deck must meet or exceed to become part of the metagame. Further, using a tuned, improved deck that was in a high tier before the expansion is a great way to rank up against the not-yet-optimized lists players will try in the early days after an expansion's release.

Improving on existing decks can be as simple as finding straight-up replacements for the same cost. Consider Wolf Pack. 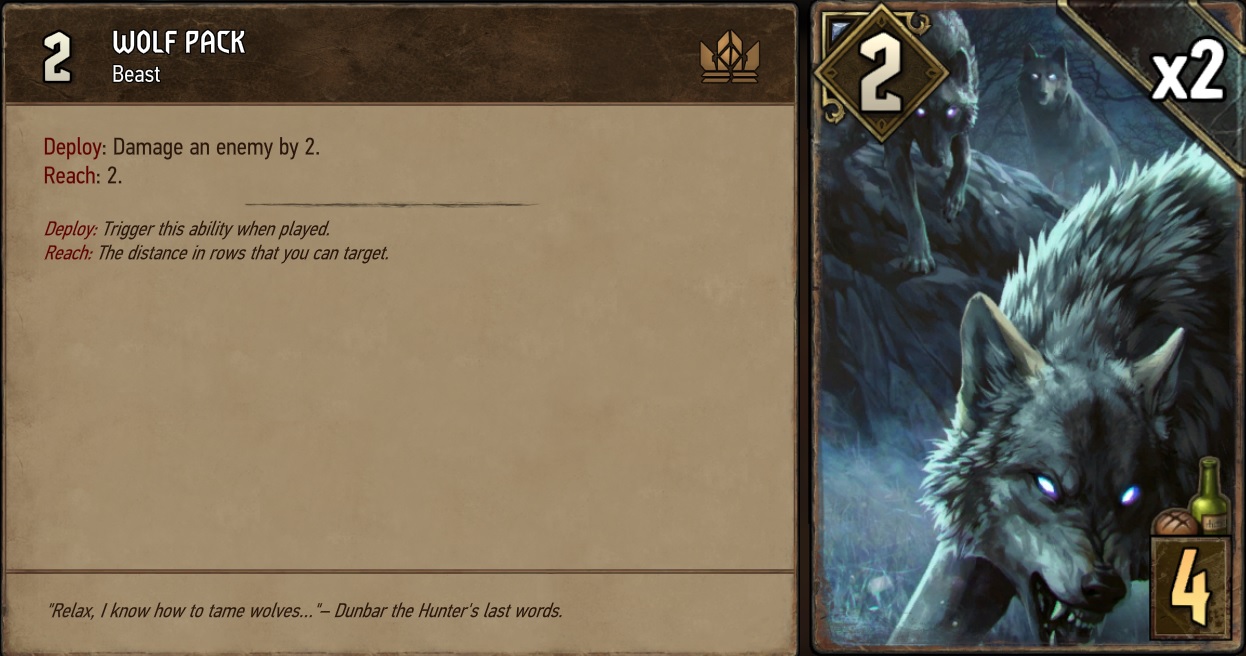 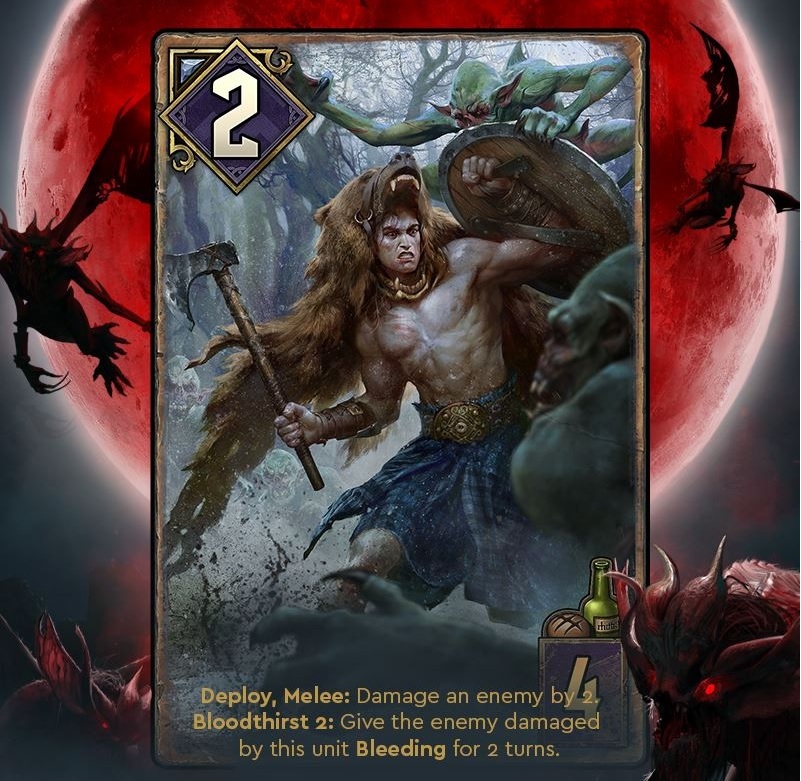 When looking at existing decks to improve, it is important to look at a wide range of known decks, not just high-tier ones. For example, at the time of writing, Greatswords is a Tier 3 Skellige deck in the Team Aretuza Meta Snapshot. On the other hand, Greatswords will receive several potential tools with the Bleeding keyword that could increase the potential of its namesake An Craite Greatswords, including Undying Thirst, Svalblod Butcher, and the previously mentioned Svalblod Ravager. Is this a guarantee that Greatswords will rise to a higher tier? Of course not. Still, these cards, even if they require a substantial rebuild of the Greatswords archetype, are worth trying.

While building on existing archetypes is a time-tested strategy, making something new is where the real excitement lies. One superstar deck can launch a reputation, or even an esports career!

Building around one or more powerful cards has a long history in collectible card games; more than 25 years ago, Magic: The Gathering players combined the cards Channel and Fireball to win on the first possible turn. Though Gwent's history is much shorter, it has seen its share of build-around cards, most recently Lippy Gudmund from the Thronebreaker release. 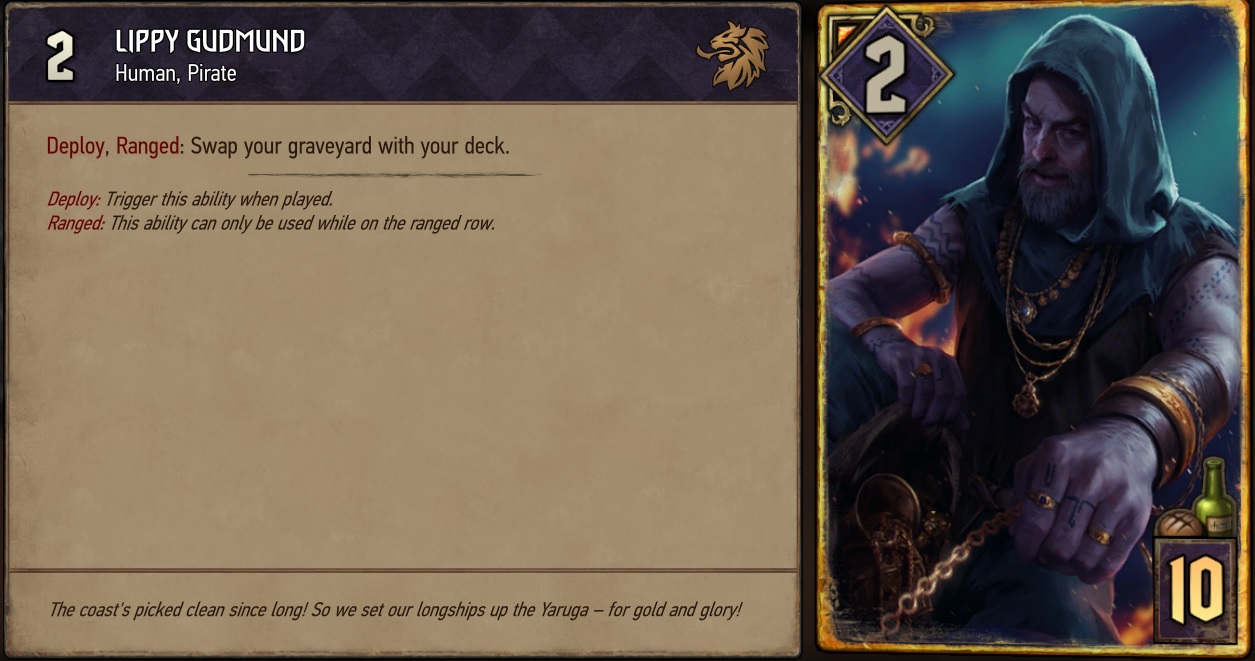 Are there any cards of similar power hidden within Crimson Curse? Only time will tell, but certainly there are possibilities. Among the notables is Vivienne de Tabris. 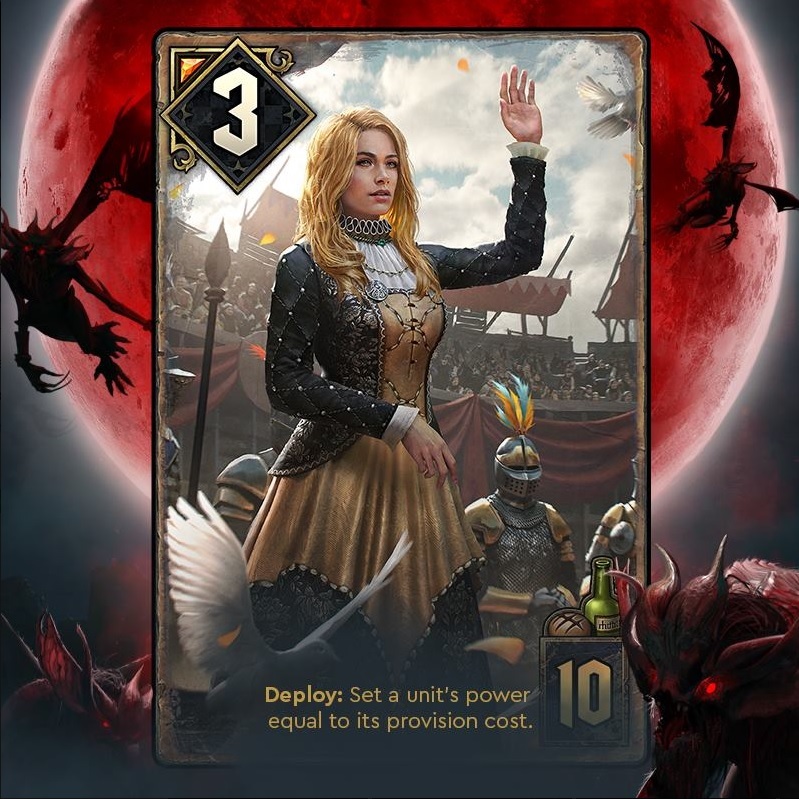 At 10 provisions, its deckbuilding cost is steep, yet the unique ability to set a unit's power equal to its provision cost opens up wonderful opportunities alongside other high-provision, low-base-power cards. Zoltan: Scoundrel is the dream, gaining up to 14 power off Vivienne's ability, and Regis gains 11 power from its base. Two artifact-related cards, Avallac'h: Sage and Caretaker, gain 10 and 9 points, respectively; alongside the right artifact, they could form a devastating gold core.

Put Vivienne in an Emhyr var Emreis deck, and double the fun! Will it be good? Nobody knows yet. Will it be worth trying? Absolutely!

Instead of focusing on single cards, new decks may arise around a common keyword or theme. If Greatswords were not already a deck, for instance, players would look at Dagur Two Blades, An Craite Greatsword, and the various Bleeding cards, and start putting them together alongside Harald the Cripple. 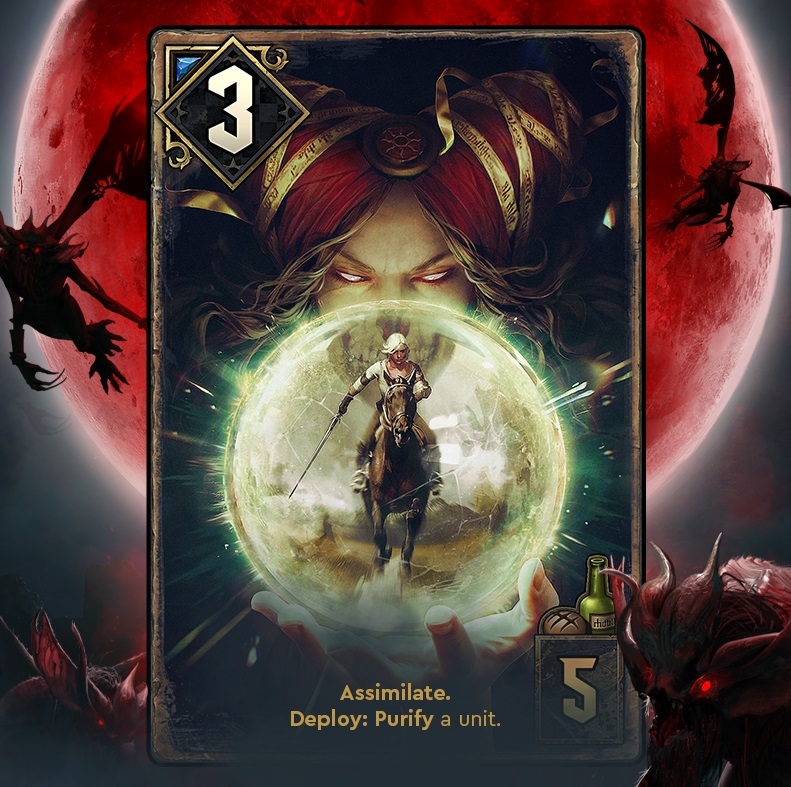 Game designers often highlight potential themes by their use of keywords, and Gwent is no different. Within the Crimson Curse expansion, Assimilate cards like Imperial Diviner give an incentive to play Create cards such as Bribery and Imperial Diplomacy, which are also Tactics for Ardal aep Dahy. Scoia'tael has keywords such as Poison and Harmony which could lead to their own archetypes.

The sheer number of new keywords in Crimson Curse, 12 keywords among 101 cards, suggests that few if any of the keywords will have enough support to lead to a new archetype. Still, you can be sure the Gwent community will try to build around them all!

Within the context of Gwent, new leaders are even more likely to inspire new archetypes than new cards. After all, there is no guarantee a player will draw a certain card, but the leader is always there! 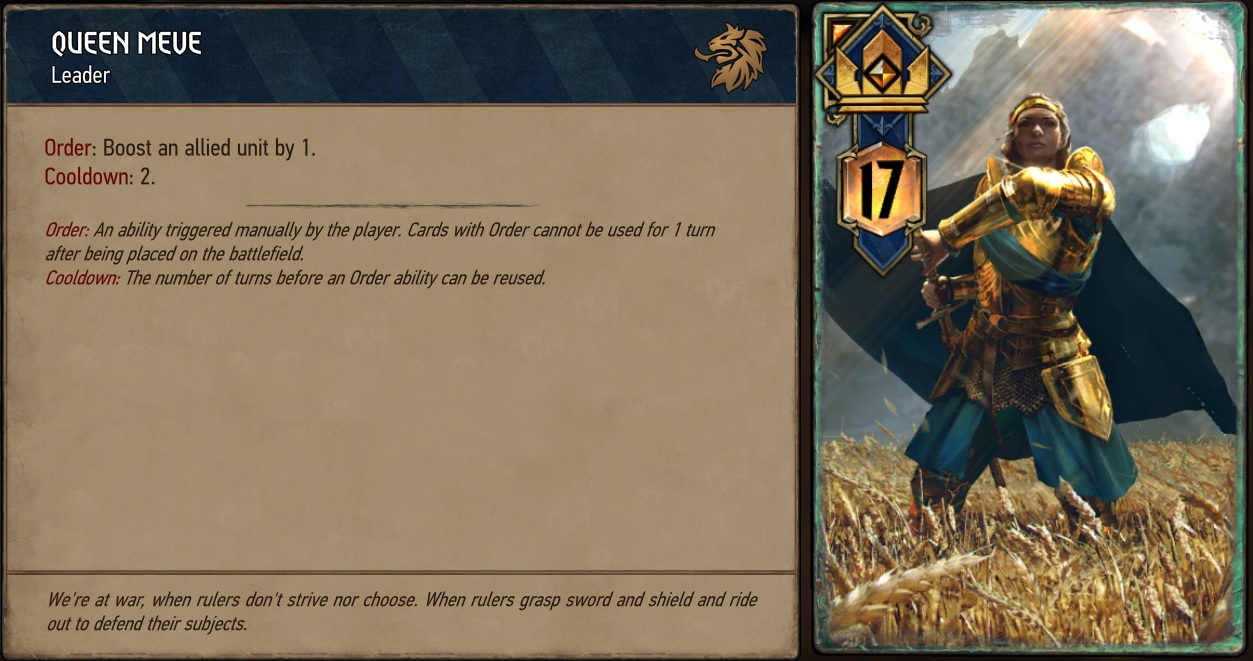 New leaders do not have to be flashy or narrow to inspire new archetypes. From Thronebreaker, Queen Meve has an outwardly simple ability, but its flexibility and subtle interactions with cards such as Tridam Infantry have made it a staple leader for Northern Realms.

The first new leader revealed for Crimson Curse was Dana Méadbh of Scoia'tael. Let's take a look at her ability.

Do not be fooled or intimidated by Dana's ability starting at 0 provisions. It is simply a mathematical way of saying, "Count how many different primary categories your Scoia'tael cards have. Your leader ability lets you play a Scoia'tael card from your deck with up to that provision cost."

Dana's ability has obvious synergy with Crimson Curse's new Harmony keyword, but there is also a puzzle-like element to her deckbuilding. How far do you want to stretch her ability, and what card do you want to find?

It only takes one card with a primary category to count for Dana's ability — a good thing, since certain categories such as Gnome are unique going into Crimson Curse and others have severely limited options — and Dana's Leader Spotlight video shows her ability finding two cards, Saesenthessis and Barnabas Beckenbauer, with provision costs of 10.

These searches, along with the presence of Traps in one shot, suggest that Dana's ability counts non-unit primary categories as well as those on units. (Pre-Crimson Curse, there are only seven primary categories among Scoia'tael units.) That makes deckbuilding easier. There is, however, the question of why to play Dana over other options. 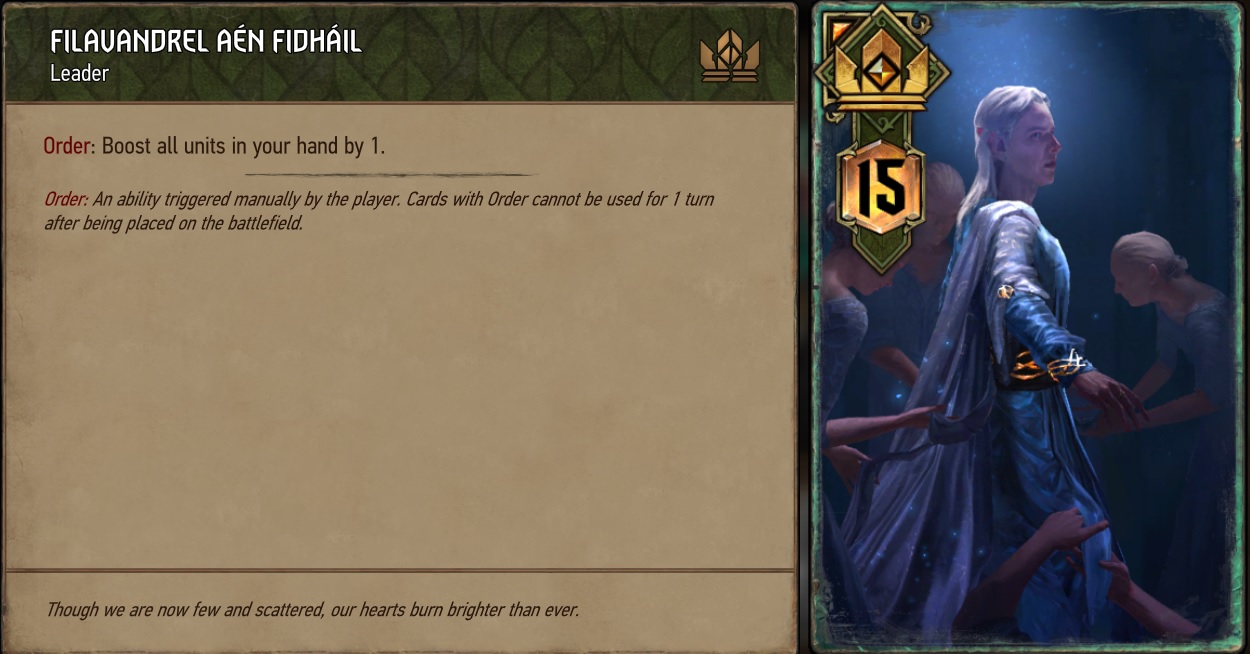 Because Dana's Harmony synergies strongly suggest playing units, the biggest obstacle to Dana seeing play might be Filavandrel aén Fidháil. It is trivial to build a Filavandrel deck to get eight, nine, or even ten points of value off its leader ability, plus boost synergies such as those on Mahakam Marauder and Elven Wardancer. Under what circumstances, then, can Dana's ability prove more valuable than Filavandrel's?

First, Dana's ability concentrates the points generated in a single round, while Filavandrel's ability splits points among all unit cards in hand at the time of activation. Second, Dana's ability allows the player to search for a specific Scoia'tael card at the most advantageous moment, which can set up incredibly powerful plays. While the Leader Spotlight highlighted the eight-point Immune card Saesenthessis and the high potential point output of Barnabas Beckenbauer, twelve power plus Harmony procs, there are many other possibilities, such as Schirrú for mass unit destruction. Use your imagination and do not be afraid to experiment!

With 101 new cards, Crimson Curse will make an instant impact on competitive Gwent. Existing decks will get upgrades big and small. Crimson Curse cards and leaders will allow new archetypes to flourish. With time and thousands of matches, the best decks will make themselves known, but for now, enjoy the creation. Enjoy the discovery. Enjoy Crimson Curse. 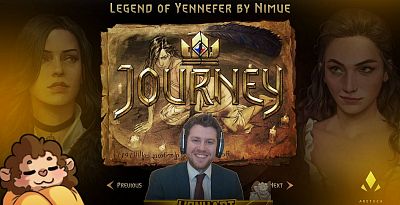 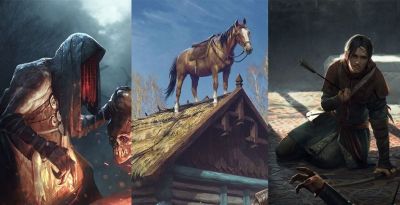 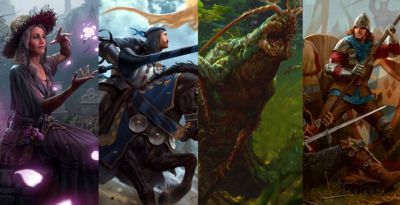